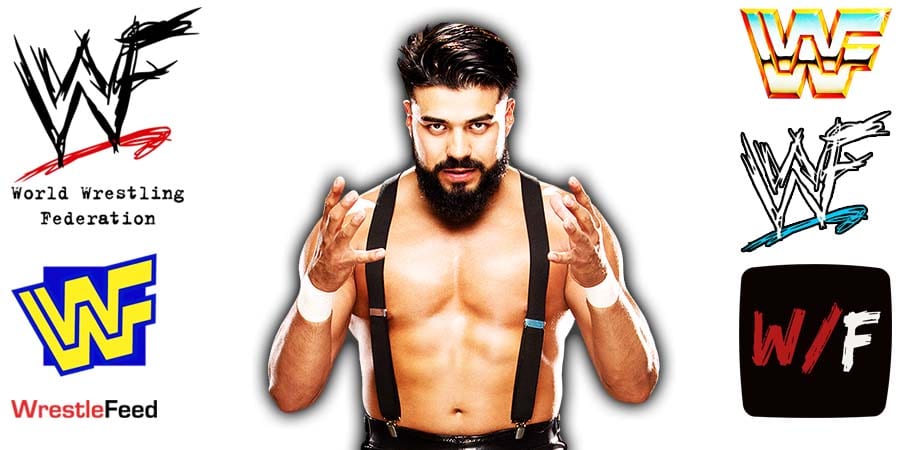 • Andrade Not Getting Released From WWE

Former United States Champion Andrade took time off from WWE in fall of 2020 due to an elective surgery he had to undergo.

He seems to be ready to return to the ring for the past couple of months, but the company apparently doesn’t have any plans for him.

Earlier today, Andrade removed details stating that he was affiliated with WWE from his Twitter bio, and removed WWE from his username as well, which led to him losing the blue verified checkmark on his account.

He still mentions himself as a WWE Superstar in his Instagram bio, though.

He shared a photo of himself on Instagram and captioned it the following:

“If you don’t like where you are, move you are not a tree.”

This began speculation of him being released from WWE among fans.

In an update to this, the Wrestling Observer is reporting that WWE has denied Andrade’s release request and he’s still with the company.

Andrade hasn’t appeared on WWE programming in 2021 and was last seen on WWE TV around the time of Draft in October 2020. He got taken out by The Fiend in his last WWE appearance.