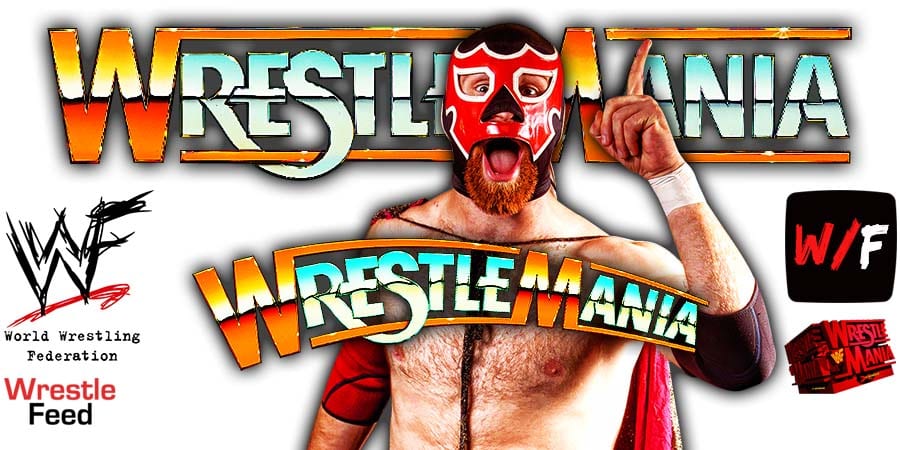 • Another Celebrity To Get Involved In A Match At WrestleMania 37

It looks like Bad Bunny (who’s going to face The Miz on Night 1 of WrestleMania 37) isn’t the only celebrity that will be involved at next month’s Show of Shows.

As seen on last week’s SmackDown, Kevin Owens vs. Sami Zayn was officially announced for Night 2 of WrestleMania 37.

Zayn also revealed that Logan Paul (Internet Personality & Boxer) will appear on this week’s SmackDown on the debut episode of his talk show – Red Carpet Premiere.

NEXT WEEK on FOX:@LoganPaul will be the special guest on @SamiZayn's Red Carpet Premiere! #SmackDown pic.twitter.com/zI5wRgw5Au

According to the Wrestling Observer, Logan Paul will also be involved in the Owens vs. Zayn match at WrestleMania 37, and his role could be something like a special guest referee or ring enforcer.

Also Read: Backstage News On Which Match Will Kick Off WrestleMania 37 (Exclusive)

It was broadcasted from the Civic Center in Augusta, Georgia and featured pre-taped matches, interviews & storyline segments on the road to the ‘WWF WrestleMania IX’ PPV.

– Mr. Perfect vs. The Brooklyn Brawler

– Doink The Clown vs. Tom Jones