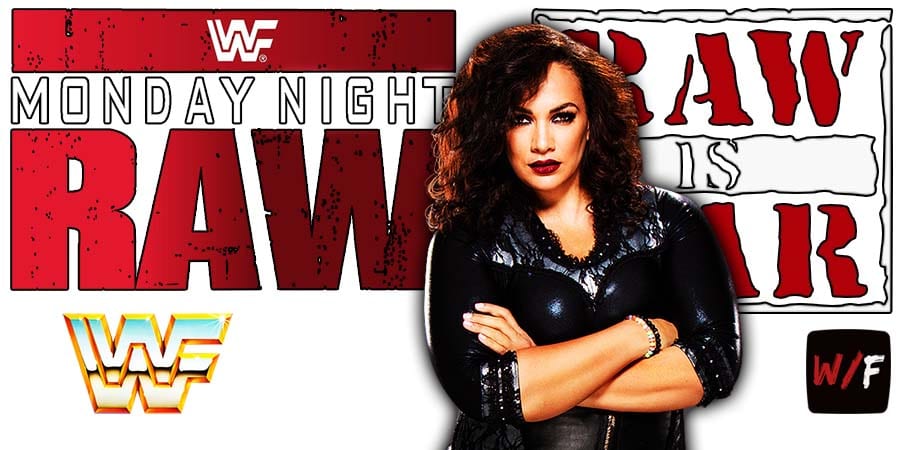 • “Another soft, weak loser” – Nia Jax To A Fan Calling Her Reckless For Injuring Wrestlers

“Anybody who knows me in the locker room, I know that I was so much bigger than everybody and I know that I’m a lot stronger.

Coach Sara Amato had always said, ‘you always have to be aware because you are so much bigger that you throwing your arm and hitting somebody in the face is not going to be the same as somebody smaller than you.’ I was always conscious of that. I always tried to take pride.

I worked with [Alexa Bliss] most of my career and she’s so tiny. She trusted me. It hurt when people were like, ‘she injures everybody’.

In my career, I know I’ve injured two people. Obviously, Becky was one of them. There is another one, I don’t want to call her out, but I know I did. I profusely apologized. Other things, they made like a whole YouTube about certain things.

Hey, guess what, we get in there and we’re going 300 days a year and not all my moves are going to look super clean and smooth, but I’m not injuring people or purposely going out to hurt people. That’s what hurt me the most.

I consciously make an effort to make sure I can make everybody look good and keep it safe and make sure we all get out laughing and having a good time and safe.”

After fans heard what Nia said during this interview, they called her out again. You can read the Twitter exchanges below:

Fan: But you did injure everyone…

Nia: First of all, I did not. Second, do you guys just whack off to wrestling dirt sheets all the time or do you actually go out and live your life in the real world? Honest question.

Fan: Tell that to Kairi Sane who you were repeatedly reckless with.

Fan: You did injure at least three I can remember you was so dangerous no wonder wwe fired your a$$

Nia: Damn Adam, you got me!! I bet you’re in such a better place in life and are coming on here to dunk on me because you’re a god! Kudos to you!!! kick rocks you loser.

Fan: What’s the matter. Truth hurts? I only commented cos you tried to play innocent when you clearly lied.

Nia: Lol! I forgot you were backstage, in the ring and locker room! Silly me…you are the expert on all the things!! Everyone Adam is a genius and is definitely NOT a troll loser with nothing better to do.

Fan: Don’t sweat it. She was reckless and everyone knows it. I’ve always rooted for her to succeed but she really needed more training.

Nia: Another soft, weak loser. You sit online and talk about people who actually get out and do things you could only imagine doing.

Hahaha @RonKillings I guess I hurt you too?? I wonder why we were laughing and hugging afterward 🤔🤔 https://t.co/o9dU60J8yX pic.twitter.com/bFzzvYYVjC

– Men on a Mission vs. Terry Thomas & Jim Messanger