– Al Snow vs. The Brooklyn Brawler

According to PWInsider, WWF Attitude Era wrestler D’Lo Brown has signed a multi-year contract with Impact Wrestling to work as a full-time producer for the company.

WWE sent a notice to fans in the Glasgow area that the November 11th WWE show will no longer be a RAW TV show taping, but a non-televised house show.

Below is what the notice read:

IMPORTANT INFORMATION ABOUT CHANGES TO THE WWE EVENT

Although no longer a RAW TV show, the line up of WWE Superstars scheduled to appear remains the same.

If you no longer wish to attend the event due to this change, please contact your original point of purchase by 28 July.” 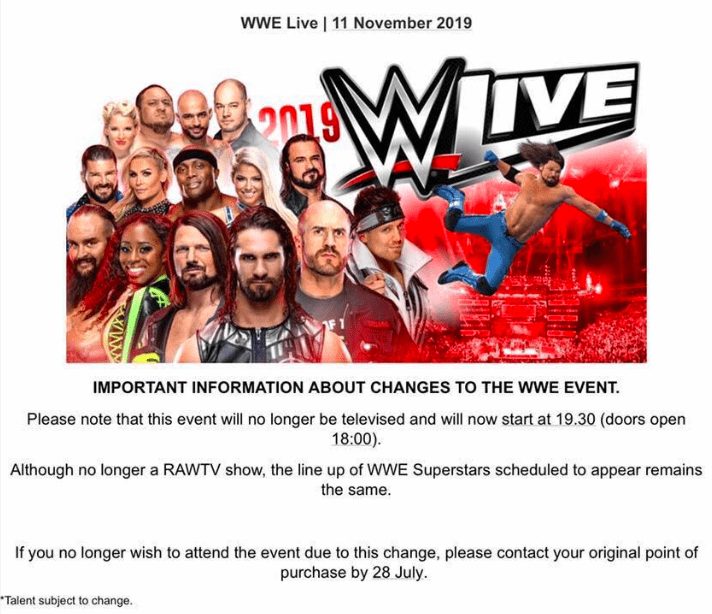