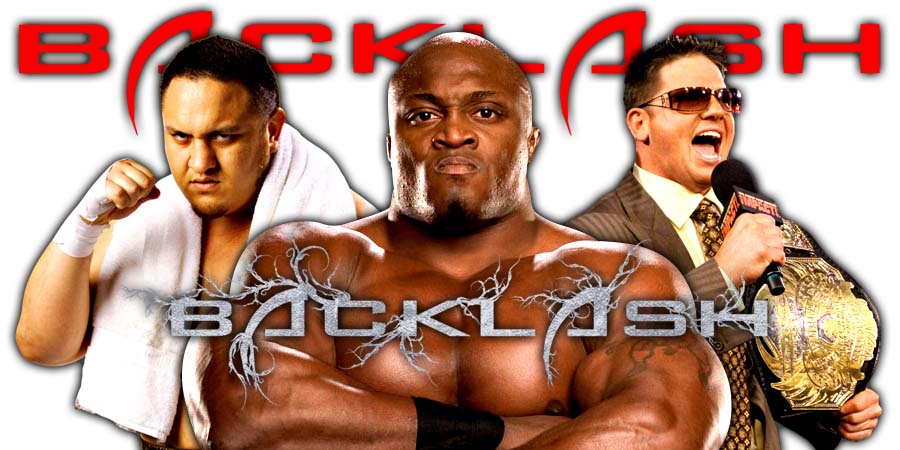 Up next is a tag team match from the RAW brand. Greatest Royal Rumble Champion “The Monster Among Men” Braun Strowman makes his way out first, followed by his tag team partner Bobby Lashley and their opponents, Kevin Owens & Sami Zayn.

Lashley & Zayn start the match. Lashley dominates Zayn for a good time, but the numbers game takes the upper hand and Zayn comes back into the match.

Lashley plants Zayn face-first on to the mat, but Zayn quickly tags in Owens. Owens prevents Lashley from tagging Strowman in, but fails. Strowman immediately lays out Owens.

Strowman is running after Zayn around the ring and lays out both Owens & Zayn in the process.

Zayn is looking to leave the arena, but Owens is stopping him. Zayn pushes Owens into the ring and Strowman lays him out.

Owens now pushes Zayn into the ring and Zayn slaps Owens for this. Zayn escapes the ring and Strowman & Lashley destroy Owens.

Lashley hits a Suplex on Owens to get the win for his team.

Strowman nails a Running Powerslam on Owens after the match while Zayn watches from outside.

Zayn is now checking on Owens on the outside and Strowman catches him and takes him into the ring. Strowman nails a Powerslam on Zayn as well.

Up next is the main event of the evening, it’s “The Big Dog” Roman Reigns vs. “The Destroyer” Samoa Joe. 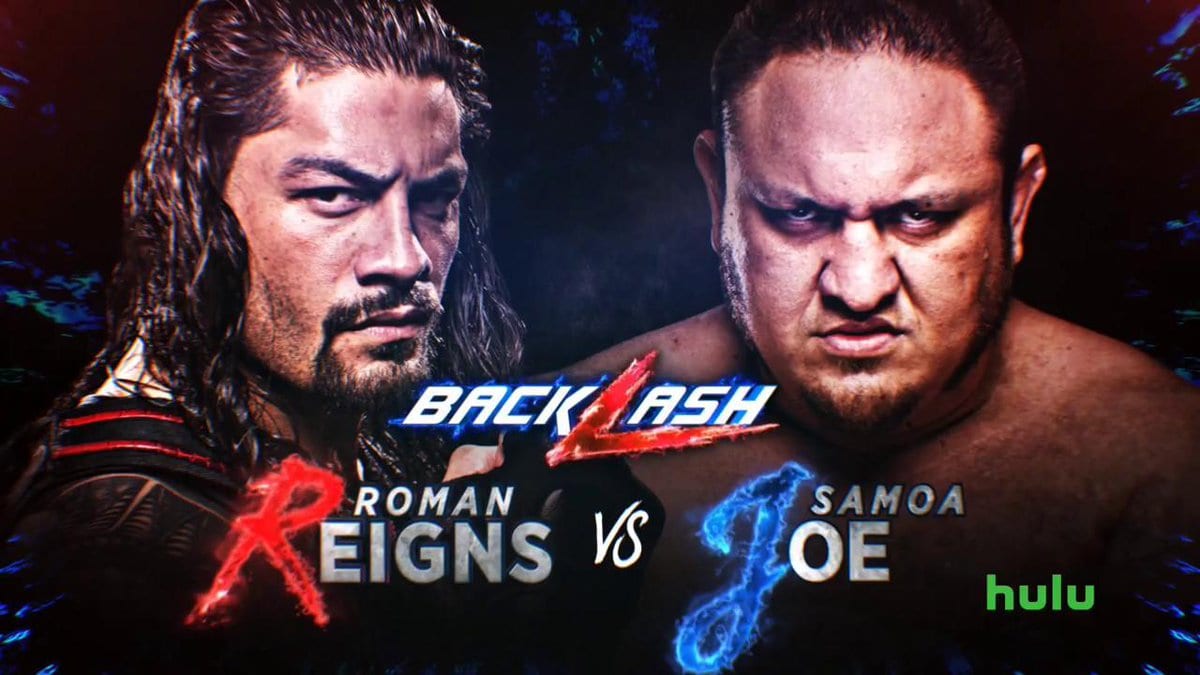 Samoa Joe makes his way out first. Out next is the man who should be the Universal Champion right now, Roman Reigns. Joe attacks Reigns before the bell rings and they are brawling in the ringside area. Joe nails a Uranage on Reigns through the announce table!

Joe tosses Reigns over the other two announce tables twice! The match hasn’t begun yet and this is similar to Joe’s match with Brock Lesnar from last year’s Great Balls of Fire event.

The match has now begun and Joe is dominating Reigns. Joe hits a suicide dive through the ropes and Reigns goes head-first into the barricade.

Reigns comes back into the match with a Big Boot straight to Joe’s mouth! Reigns nails a Drive By on Joe. Reigns goes for the Superman Punch, but misses and Joe locks in the Coquina Clutch.

Reigns counters and escapes the ring to break the hold. Reigns goes for a Drive By, by Joe catches him and locks in the Coquina Clutch again.

Reigns gets out of it again and nails a Superman Punch. Reigns goes for the pin, but Joe kicks out.

Reigns nails a Spear and goes for the pin, but Joe places his foot on the bottom rope to break the pin.

Reigns goes for the Momentum Spear, but Joe catches him and locks in the Coquina Clutch. Reigns tries to pin Joe while being in the hold, but Joe breaks the hold to break the pin.

Joe locks in the Coquina Clutch once again and Reigns is looking in serious trouble, but Reigns manages to reach the bottom rope.

Joe is now looking to hit the Muscle Buster, but Reigns fires back and nails a Spear to get the win!