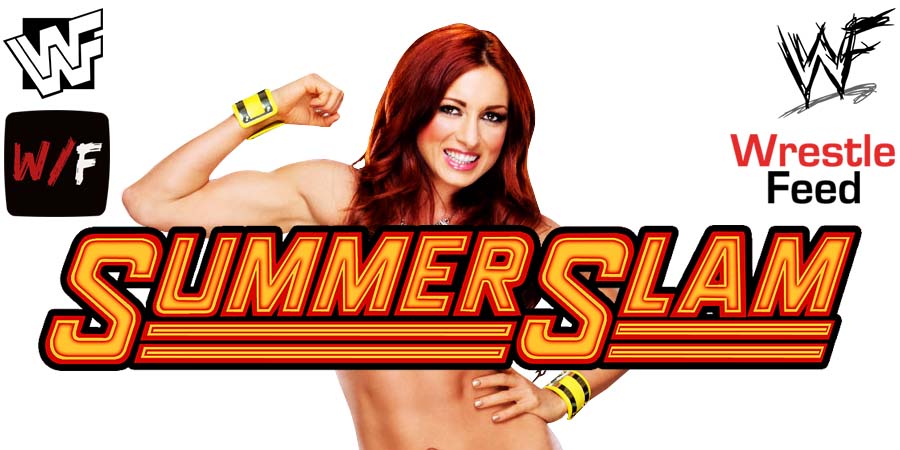 During a recent interview on the Out Of Character podcast, former RAW Women’s Champion Becky Lynch talked about turning babyface & more.

On Triple H pitching the idea of turning her babyface at SummerSlam 2022:

“I had talked to [Triple H] a little bit before and he was like, ‘How do you feel about being a heel?’ and I was like, ‘Honestly, it’s fun I like it. I feel like I’m maybe more naturally inclined to be a babyface, I think people like me better as a babyface.’

Yeah, I agree and so then the creative was laid out and I was like, ‘Yeah, that sounds awesome.’”

On Triple H becoming the Head Of Creative in WWE:

“Obviously, he has a great mind for it. His track record with what he’s done with women in NXT, I’m a product of that. I got to be in that system and become who I am today and he’s really championed just women’s wrestling, in general.

It was broadcasted from the Dean Smith Center in Chapel Hill, North Carolina and featured matches, interviews & storyline segments, one night after the ‘WCW Fall Brawl 1999’ PPV.