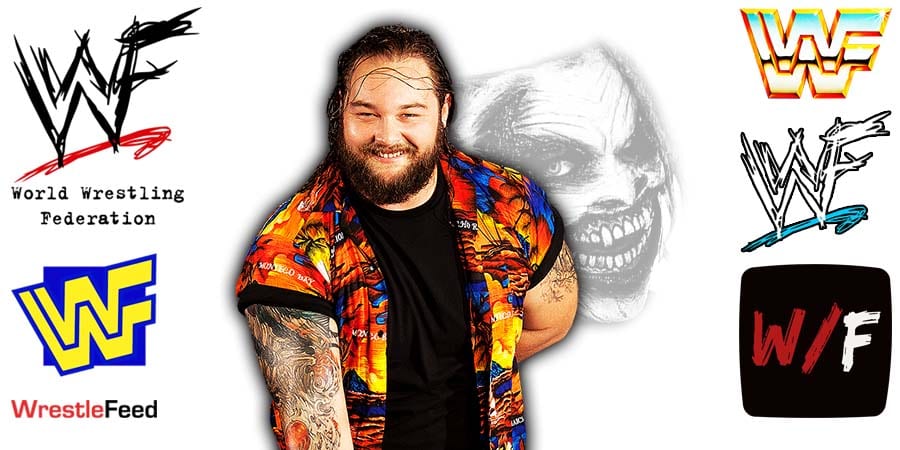 Wyatt was last seen on the RAW after WrestleMania in a Firefly Fun House segment.

According to PWInsider, Wyatt’s absence isn’t due to a creative issue:

“WWE sources have remained quiet about Wyatt’s circumstances beyond the idea that he’s being held off for a specific reason. The belief among some is that it’s not a creative issue.”

As we reported back in May, Wyatt asked for some time off as he’s dealing with mental health issues.

When WWE announced the date & venue for SummerSlam 2021, Wyatt replied to it with a GIF of his own character to tease that he might return for the biggest event of the Summer.

Also Read: Why Was Keith Lee Out Of Action For So Long?

During his 1999 WWF stint, he was the boy-toy of the PMS (Pretty Mean Sisters), consisting of Terri Runnels, Jacqueline & Ryan Shamrock. Shawn’s biggest claim to fame was losing to Kurt Angle in Kurt’s WWF debut match at the Survivor Series 1999 PPV.