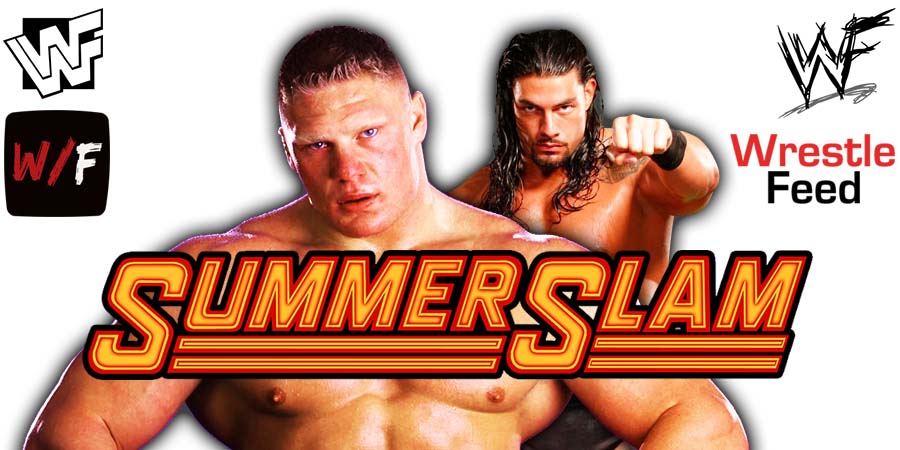 • Backstage News On Brock Lesnar Lifting The Ring At SummerSlam 2022

This match received huge praise on social media as fans witnessed something that has never happened before – the ring being lifted from one side during a match.

According to PWInsider, the way Lesnar pushed the ring towards the announce table and then lifted the ring from one side with a Tractor was “far rougher and harder than anyone had planned for”.

At least one rehearsal spot was done for this with a production team member before the event, but Lesnar wasn’t involved in that and he did what he knew from his farming experience.

– The British Bulldog vs. Dave Millson