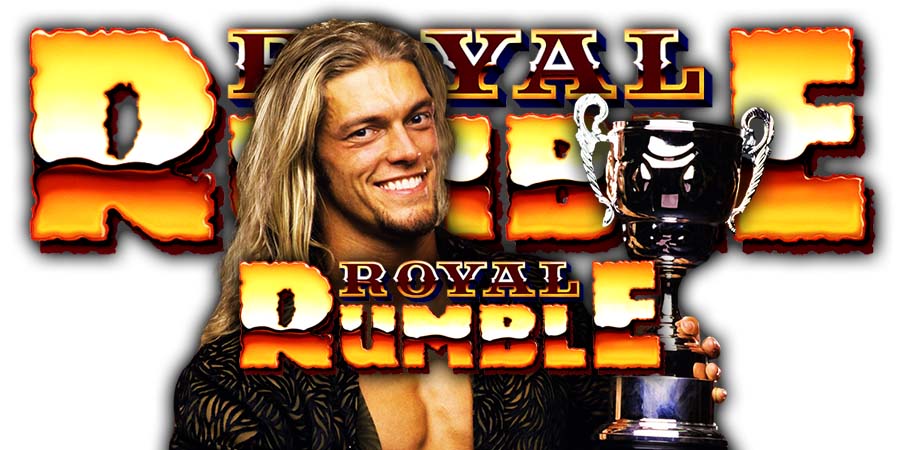 According to PWInsider, WWE Hall of Famer Edge was flown to Houston for Royal Rumble 2020 on a private jet and was kept hidden from other wrestlers backstage, until it was time for his entrance.

Edge has signed a 3 year deal with WWE, where he will be used as a special attraction, similar to Brock Lesnar, The Undertaker, Goldberg & Triple H.

Regarding what’s next for Edge, WWE is set to release a “WWE Chronicle” documentary on him as his return for the Royal Rumble was filmed by the WWE crew.

As we noted before, Edge is scheduled to have a match at WrestleMania 36.