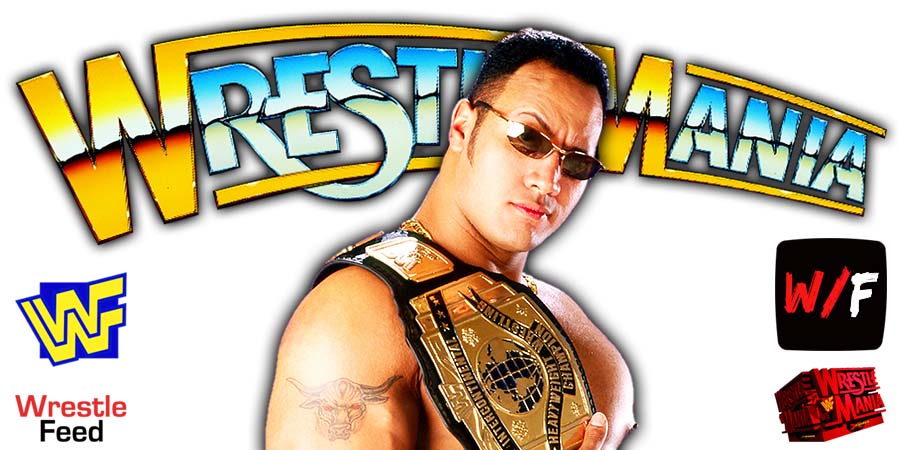 The Rock will turn 50 in May and time is running out for a return for his final match.

For the last few years, WWE wants to do The Rock vs. Roman Reigns at WrestleMania, but they haven’t been able to book it because of Rock’s busy schedule.

According to the Wrestling Observer, the belief backstage in WWE is that Rock wants to wrestle at WrestleMania 39, but they are also aware that his projects could prevent that from happening, one of which is the re-launch of the XFL in the spring of 2023:

“The situation with The Rock is exactly what you’d think. The belief is Rock wants to do it.

They believe that is the probable main event but they are all very aware that there are things that can get in the way and it could not happen.

That’s not a surprise but nothing has changed in the sense he hasn’t backed out and they are of the opinion that he really wants it because time is running out on him.

If he doesn’t do it, he gets a year older each time. Is it gonna happen? It’s out of everyone’s hands.”

The Rock’s last proper match took place in 2013, where he lost the WWE Championship to John Cena in the main event of WrestleMania 29.

Rock also had a match at WrestleMania 32 in 2016, but it was an impromptu match, where he defeated Erick Rowan in just 6 seconds after hitting the Rock Bottom.

Also Read: Female AEW Star Would Love To Beat The Rock’s A$$