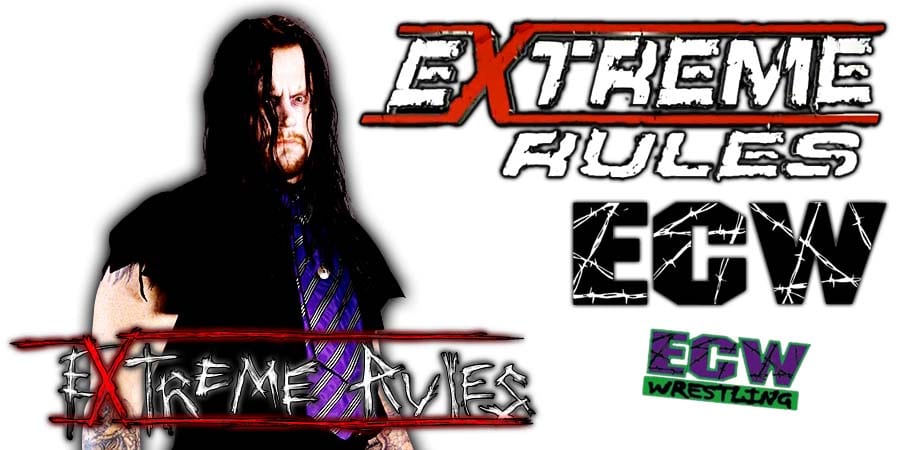 • Backstage News On The Undertaker Returning For Extreme Rules 2019

As seen on this week’s episode of RAW, The Undertaker made a shocking return and saved Roman Reigns from Shane McMahon & Drew McIntyre.

Undertaker chokeslammed Shane O’Mac and took down McIntyre with a big boot and a series of punches.

The Undertaker will now team up with Reigns to face Shane O’Mac & McIntyre at next month’s Extreme Rules 2019 PPV.

According to Dave Meltzer of the Wrestling Observer, The Undertaker’s return wasn’t a last minute decision. As a matter of fact, this was the plan before WWE Super ShowDown took place:

“Undertaker’s return for this show is not something that just came up this week based on bad numbers, as it was planned before Super Showdown. Whether this is an angle for SummerSlam is unknown, but it makes no sense to use him on Extreme Rules and not SummerSlam.”