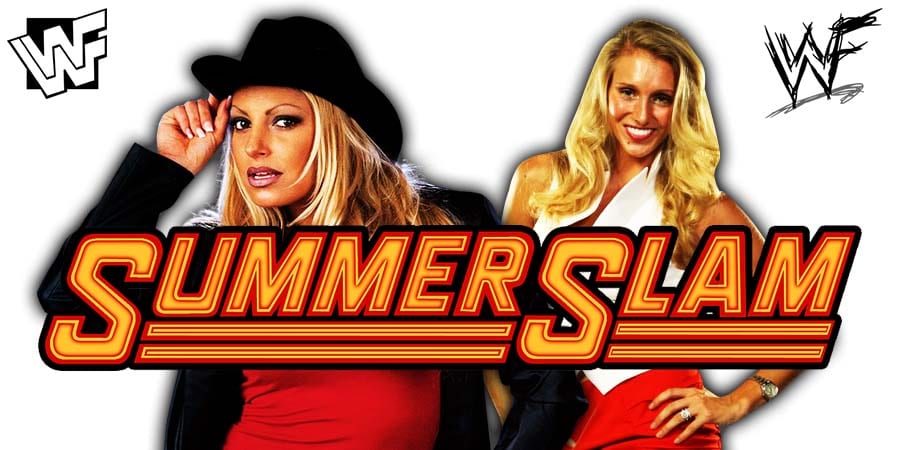 According to Pro Wrestling Sheet, WWE Hall of Famer Trish Stratus will wrestle a match at SummerSlam 2019.

Her opponent is expected to be the 9 time champion, “The Queen” Charlotte Flair.

John Pollock of Post Wrestling has also confirmed that Trish Stratus vs. Charlotte Flair will take place at SummerSlam 2019.

As seen on this week’s SmackDown, Charlotte lost to Ember Moon and then noted during a backstage interview that she demands to be put on the SummerSlam 2019 match-card and that her opponent should be better than Ember Moon so she can prove that she’s the greatest female superstar of all time.

.@MsCharlotteWWE vows to prove that she is the greatest female WWE Superstar of ALL TIME at #SummerSlam! #SDLive pic.twitter.com/Mc5zTYQSvT

Queen of all of ERAS of Women’s Wrestling.
#SummerSlam pic.twitter.com/DiA2QEUL7m

An in-ring return for Trish Stratus at SummerSlam 2019 makes sense as the event will take place in her hometown of Toronto.

Trish last competed in a WWE ring at WWE Evolution 2018 PPV (first ever all-women’s PPV), where she teamed up with Lita to defeat the team of Mickie James and Alicia Fox.

Brad Shepard is reporting that Trish & Charlotte began discussing a match between them at last year’s WWE Evolution PPV:

“According to a source in WWE, Trish Stratus and Charlotte Flair have discussed working together since WWE Evolution last year.”