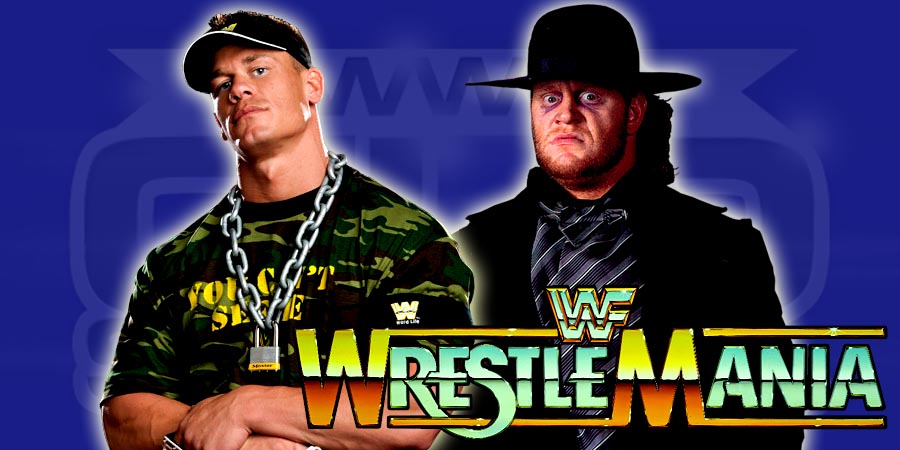 Let us take a look at the top 6 stories of the hour from the world of Professional Wrestling:

6. Scott Hall Says He Didn’t Feel Sting Was Comfortable Wrestling In WWE
WWE Hall of Famer Scott Hall was recently interviewed by Sports Illustrated. Hall talked about Sting wrestling in WWE, how he felt Sting wasn’t comfortable wrestling in WWE, Triple H booking the finish to their WrestleMania 31 match & more. Below is what Hall said:

“I was there and obviously involved in his match at WrestleMania last year. We’re rehearsing the match in Cali last year at Levi Stadium, and it’s the Kliq and the New Age Outlaws out there, and we all know each other. And then there’s Sting, who doesn’t know anybody. He’s an outsider. I just think he never felt comfortable there. Being hurt was answered prayer for him–just let it end.

“You need to remember that Vince is never going to go with something he didn’t create. But we didn’t get anything done at the rehearsal the night before, so WrestleMania day, there were tents in the parking lot set up with rings for rehearsal. So we’re all in there again, and I’m next to Hulk on the ring apron, and Triple H is going over the match and then he goes, ‘OK, he’ll break the sledgehammer, and then I’ll hit him with the sledgehammer, and cover him, 1-2-3.’ I looked at Hulk, and Hulk looked at me, and I was thinking, ‘Sting, what kind of lawyer do you have, bro? You’re coming in the door doing a job? You weren’t even guaranteed to go over?’ That’s Vince just reminding you who won, even if he’s going to make money the other way.”

5. Stephanie McMahon To Wrestle At WrestleMania 32?

Stephanie McMahon posted a pic on Instagram where she noted that she’s training to get in shape for WrestleMania 32. This started some speculation that Stephanie might be returning to in-ring action for the big PPV.

A fan asked former WWE World Champion Batista on Twitter what role would he like to play in the Titanic movie. Batista replied with the following: “The Ship”.

The fan tried to own Batista by replying: “So just like your WWE career You’d sink”.

Below is Batista’s reply:

6 hvywt titles,6tag team titles, millions of dollars, and left on my own terms on top. Yeah you're a fucking genius! https://t.co/jdFG6SgcLK