• On This Day In Pro Wrestling History (September 12, 1989) – NWA Clash Of The Champions VIII: Fall Brawl

Terry Funk was supposed to team with The Great Muta in the main event of the show, but got injured and was replaced by NWA Veteran Dick Slater.

“The Lone Wolf” Baron Corbin will face Chad Gable in the finals of the King Of The Ring 2019 tournament on next week’s RAW.

A fan tweeted the following regarding this match:

“@VinceMcMahon if yall let @BaronCorbinWWE become the new King Of The Ring, my whole family will stop watching any of WWE and take our views to @AEWrestling” 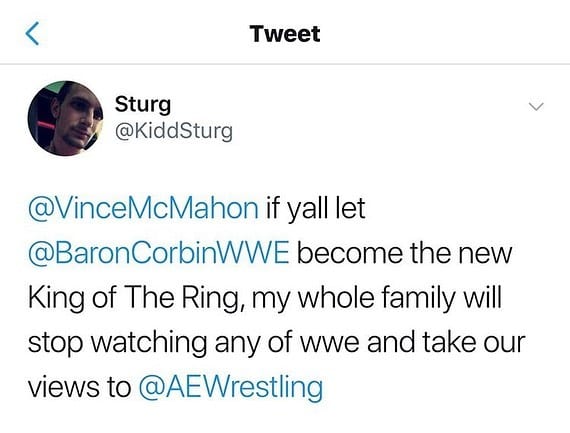 Corbin replied the following to this fan: