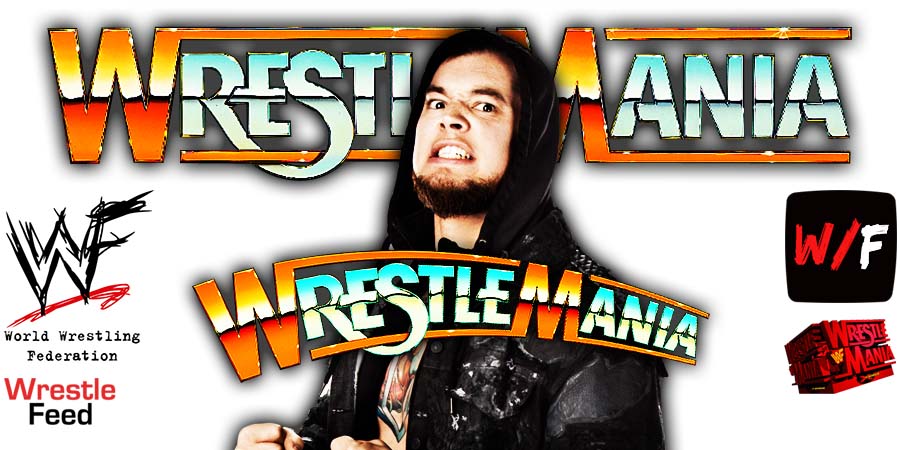 In a backstage segment on this week’s RAW, Seth Rollins was asked about his WrestleMania 38 status. He remained quiet, while the fans chanted “Cody”.

Rollins suddenly smiled as if he has an idea. Seth then came out jumping and happy to the ring. Seth said he has found a way to get on the WrestleMania 38 card. Rollins then called Kevin Owens out.

In an update to this situation, the Wrestling Observer is reporting that Cody vs. Seth is definitely happening at WrestleMania 38 and that Cody will directly return at the Show Of Shows:

“He’s coming, that’s it. He’s wrestling Seth at WrestleMania. I sure watched this not thinking anything’s changing.

How they do it, I think they may end up doing the Hardys thing where you know they’re coming and they don’t announce it and they just show up the day of the show. They may be doing that one.”

A fan made fun of this situation on Twitter by tweeting the following:

“Looking forward to WrestleMania when Seth Rollins is in the ring, his surprise opponent is about to be revealed and it’s… Goldberg. 😂

(Everyone really just needs to relax and enjoy the ride!)”

SmackDown Superstar Baron Corbin (who will face Drew McIntyre at WrestleMania 38) replied the following to the above tweet:

“The reality is even if people get who ever they want it to be, they will be mad because they wear the wrong color or something.”

Another fan then replied the following to Corbin: