3. The Islanders vs. The Moondogs

At the WWE Payback PPV back in 2014, Evolution faced The Shield in a No Holds Barred Elimination match. Batista wore blue that night and it began a “Bluetista” chant. 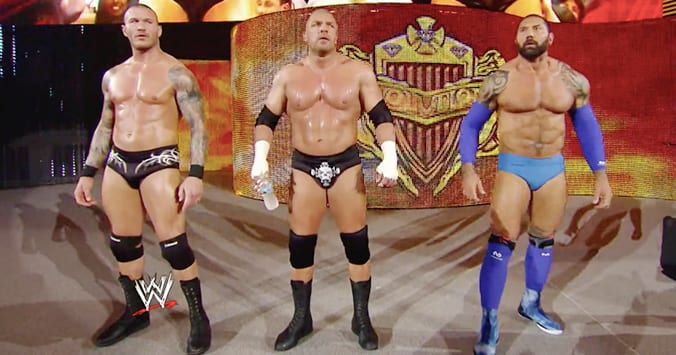 Former NXT announcer Alex Del Barrio recently reminded Batista of the “Bluetista” chants and The Animal wasn’t too pleased with it.

I apologize too, except for the Blue-tista chant. That was funny.

Six guys put their health on the line in a violent match. Three guys use their success to make three newer guys bigger stars. The finale of a great https://t.co/vApWK5UCG6 marks focus on me wearing blue and start the Bluetista chant. Which is all people remember.Yeah hysterical. https://t.co/0mhPeC6icD