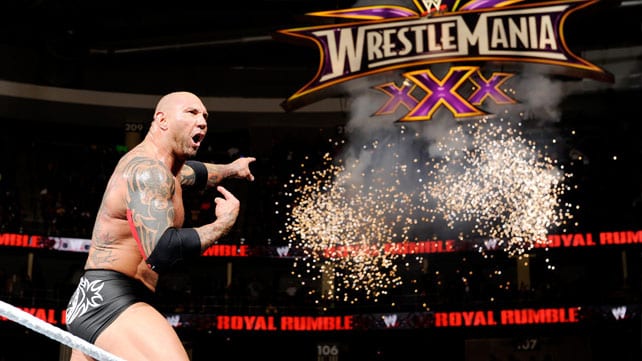 Batista after winning Royal Rumble in 2014

It is being reported that Batista is still under contract with WWE. He was last seen on WWE TV on June 2, 2014. It was the post Payback edition of Monday Night Raw, where Batista “quit” WWE yet again after Triple H refused to give him a WWE World Heavyweight Championship match. After that, he was rumored to return around September or October to feud with Roman Reigns and put him over, but he didn’t return.

With him still being under contract, it doesn’t mean that WWE would use him for storylines anytime soon. Batista’s main focus is on his movie career now. He recently landed a role in the new James Bond movie, Spectre.

A few months back, Batista revealed his wish that he wants to retire from professional wrestling in 2015, and he wants his retirement match at WrestleMania 31 against Triple H. But that obviously won’t happen now.

Do you want Batista to return to WWE programming ? Vote below!