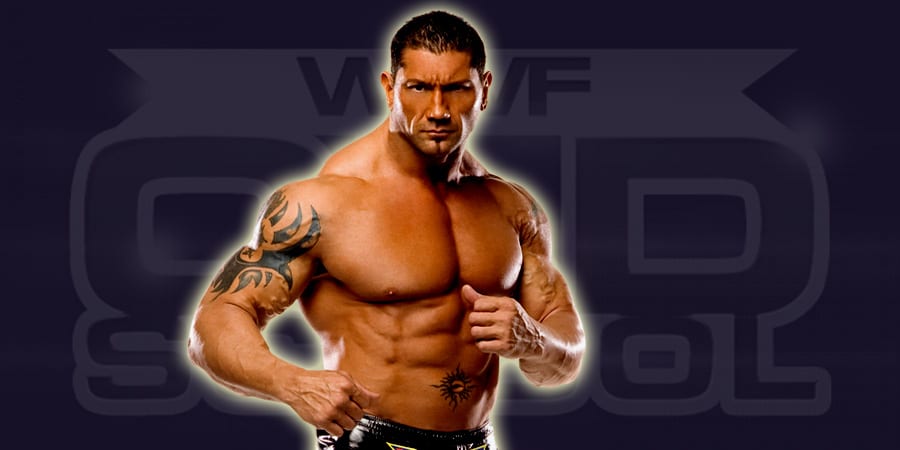 As we noted before, former 6 time WWE World Heavyweight Champion Batista did an interview with WWE.com staff where he talked about his latest movie “Spectre”, missing Pro-Wrestling, and possibly facing The Rock at WrestleMania.

Below is the hilarious reason why Batista thinks his Wrestling career is over:

The day a WWE cameraman doesn't know your name and addresses you as Mr Cool Strong Dude is the day you realize your career is over. #Today

WATCH: “Macho Man” Randy Savage made his return to Professional Wrestling on this day in 2004, as he made his TNA Wrestling debut: