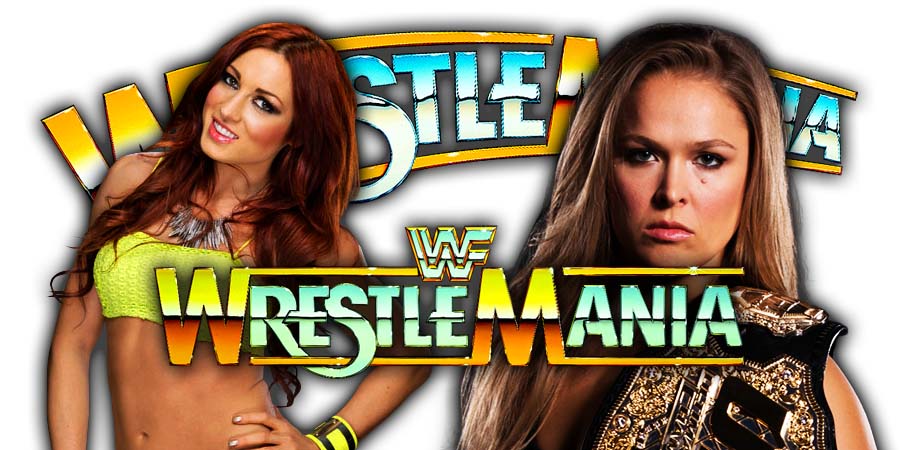 P.N. News started in the AWA & Portland Wrestling, before joining Ted Turner’s WCW in 1991 as The Rapmaster.

Paul E. Dangerously (Paul Heyman) who had worked with P.N. News in WCW, later brought him into his own promotion, Extreme Championship Wrestling in 1999 and made him a member of ‘Da Baldies’.

During a recent interview with Kristine Leahy on FS1’s Fair Game, RAW Women’s Champion Becky Lynch talked about pinning Ronda Rousey in the main event of WrestleMania 35 earlier this year.

“The Man” noted that she wants to face Rousey 1 on 1 in a singles match and called her out:

“She’s been hiding from me. That’s where Ronnie goes. She hides when she loses. We’ll see if she comes back. I still want that one-on-one match. That’s what Ronnie does. The way to beat Ronda isn’t to beat her body, it’s to beat her mind. That’s what I went after.”

You can watch Becky’s interview below:

"@RondaRousey's been hiding from me. She hides when she loses. I still want that 1:1 match with her." ??@BeckyLynchWWE reveals her gripes with Ronda "Ronnie" Rousey on an all new FAIR GAME w/ @KristineLeahy today at 7:30pm ET/4:30pm PT on @FS1 pic.twitter.com/ZEP1rtnKe5