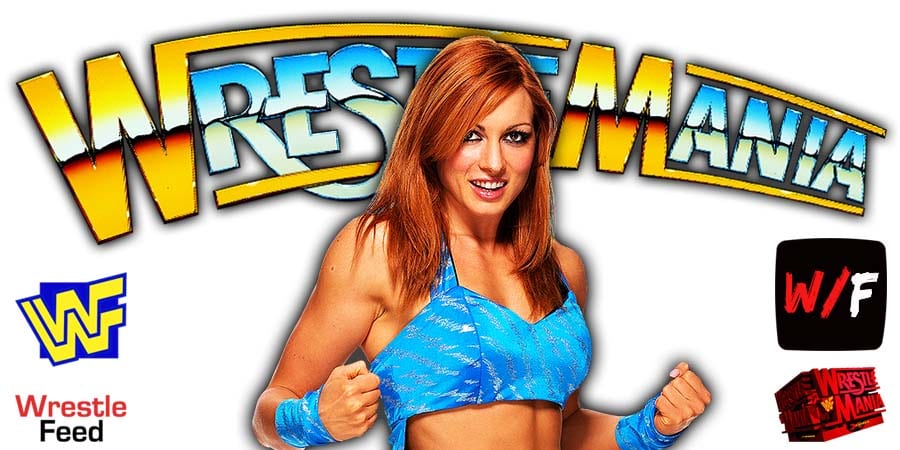 Becky Lynch relinquished the RAW Women’s Championship in May 2020 because she was pregnant.

Becky recently revealed to Alex McCarthy that she was originally scheduled to face Bayley at WrestleMania 37:

“Becky Lynch just told me she was originally good to go for WrestleMania and it was discussed she’d face Bayley.

That didn’t happen (obviously) and then she was meant to return in October before WWE called her the week of SummerSlam.”

Big Time Becks is now a heel and will defend her SmackDown Women’s Championship against Bianca Belair this Sunday night at the Extreme Rules 2021 pay-per-view.

Also Check Out: Becky Lynch Reacts To A Fan Calling Her A Pu$$y

It was pre-taped at the Capital Center in Landover, Maryland and featured matches, promos & storyline segments on the road to the ‘WWF Survivor Series 1992’ PPV.