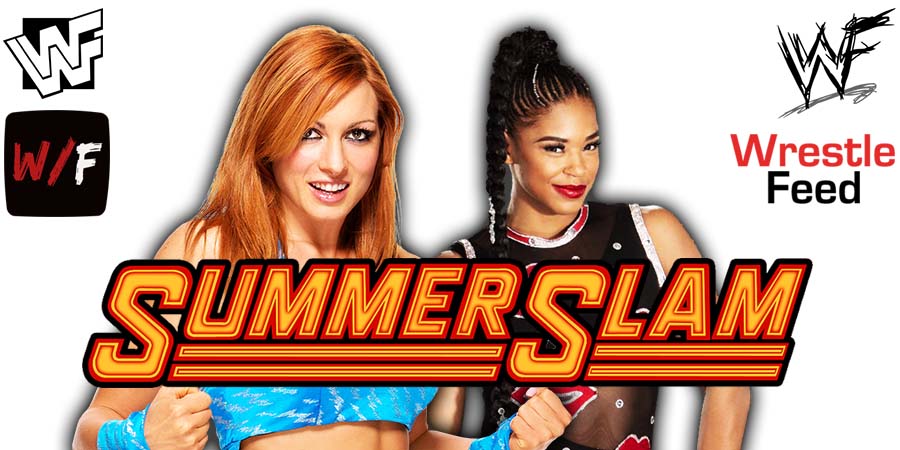 According to Fightful Select, Becky separated her shoulder during this match and worked most of the match with this injury.