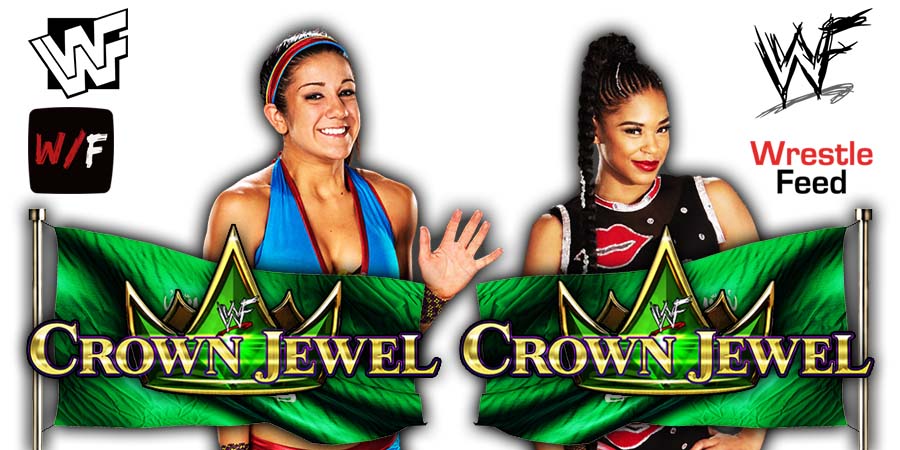 After this match, Bianca & Bayley set the following 3 records:

1. They are the only two women in WWE history have competed against each other in a normal singles match, Hell in a Cell match, 1-on-1 Ladder match & Last Woman Standing match.

2. Their Last Woman Standing match was the 1st ever women’s gimmick match in Saudi Arabia.

3. Bianca now holds the record for wrestling in most women’s matches in Saudi Arabia: 3.