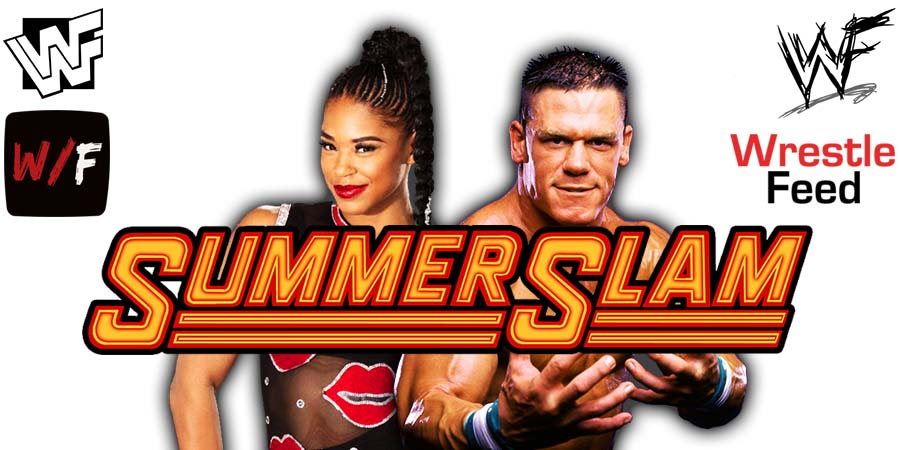 At SummerSlam 2021, Becky Lynch returned and squashed Bianca Belair in an impromptu match to win the SmackDown Women’s Championship.

During an interview with talkSPORT, Bianca revealed what WWE Legend John Cena (who wrestled in the main event of SummerSlam 2021) said to her after her loss:

“I really got to talk with John Cena a lot after the 26 seconds moment at SummerSlam. He really just gave me a lot of great advice and keep the right perspective of everything.

Basically the gist of what he said was ‘moments like this you can really use to propel you. You see how much the fans really get behind you.’

For me, out of that, I was able to look at the longer picture, the bigger picture and hopefully one day it’ll come back full circle, who knows.

But for me, I took it as you can use this as an opportunity to show who you are without that Title. I’m still the EST of WWE and I’m still going to go out there and show out every single time I step in the ring and you really get to see who’s behind you.

Ironically, I think that moment really propelled me and made me a bigger star.”

Also Read: Becky Lynch Explains Why She Was Booked To Squash Bianca Belair

– The Goodfather & Bull Buchanan vs. Kaientai