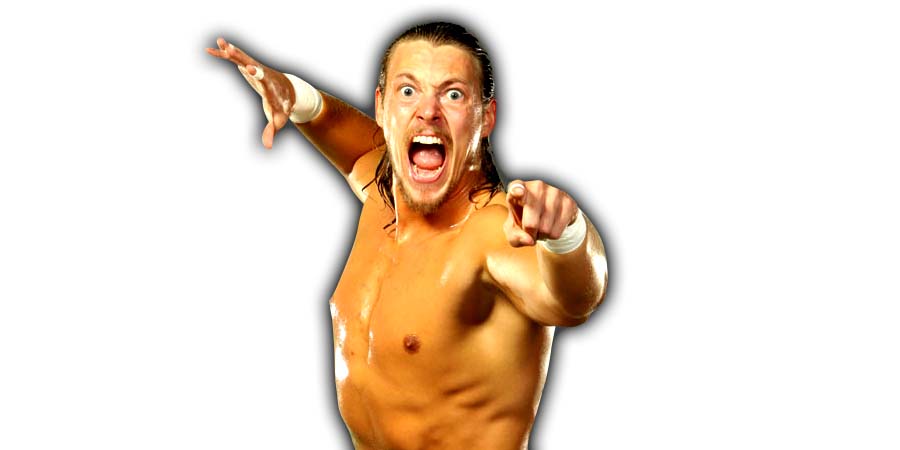 During a recent interview with The Wrestling Estate, ECW Legend Tommy Dreamer talked about producing Impact Wrestling vs. Lucha Underground during WrestleMania 34 weekend, how he was approached to produce the show, why wrestling promotions need to work together and more.

On producing Impact Wrestling vs. Lucha Underground during WrestleMania weekend:

“WrestleMania weekend was amazing on so many levels. For myself and House of Hardcore, we produced the live event for Impact Wrestling and Lucha Underground. When you think about it, that’s three companies all merging together to produce one hell of a show that Friday. On Saturday, our HOH show started about an hour after NXT aired, which was around 11:15 p.m., and it ended around 2:20 in the morning.

The place was packed and going crazy for Willie Mack winning the title and me and Billy Gunn against Lance Hoyt and Davey Boy Smith Jr. A lot of fans literally walked from NXT to my show, and they probably did WrestleCon and WWE Axxess, so they had a full day. It was a real testament to how hard the men and women worked on my show and then a testament to how great wrestling fans are.”

On how he was approached to produce the show:

“They didn’t know at that time how exactly to stream on Twitch, and since I was doing it anyway, they asked if I could have my people come in and do it. It worked out really, really well. Then they also aired a lot of content on their Impact show and they’ve been nice to give House of Hardcore credit, which is why I’ve been helping out there. I’ve been friends with Scott D’Amore and Don Callis for a long time. They have a really hard task and they’ve kind of evoked my policy of no politics, no BS, just wrestling. When your friends ask for help, that’s what I always do.”

On why wrestling promotions need to work together:

“You kind of have to. WWE is 90% of the market share. WWE can sign everybody. But with the rise of Ring of Honor, New Japan, Impact Wrestling, House of Hardcore, Lucha Underground, we can come together and give wrestlers opportunity. Look what happens when everybody was at war.

There was a sole winner and then the business crashed. Who was the most affected? Wrestling fans, as well as the wrestlers. I’m all about variety and showing people other stuff. I brought in the NWA back to the ECW Arena at our last show. I’ve also had Ring of Honor at my show. I’ll have everybody at my show because it benefits wrestling fans.”

However, Robbie Fox (who is a good friend of Cass) claimed on Twitter that none of these reports are true.

Below are the tweets:

I've been pretty silent about Big Cass' release from the WWE because he's a good friend of mine and it's just an unfortunate situation all around that I've felt really bad about, but this report that it's because of an "altercation with Carmella" is complete and utter bullshit.

There never was an altercation with Carmella, or Vic Joseph, or the Usos, or ANYONE, and it fucking sucks to see Cass getting dragged through the mud because of a report from one of the most notoriously inaccurate "journalists" in modern pro wrestling history.

It's disappointing that none of the names involved in the report have come forward to dispel the rumor like I figured they would, but hey, I guess if it doesn't make THEM look good it's not worth it, right? ??‍♂️