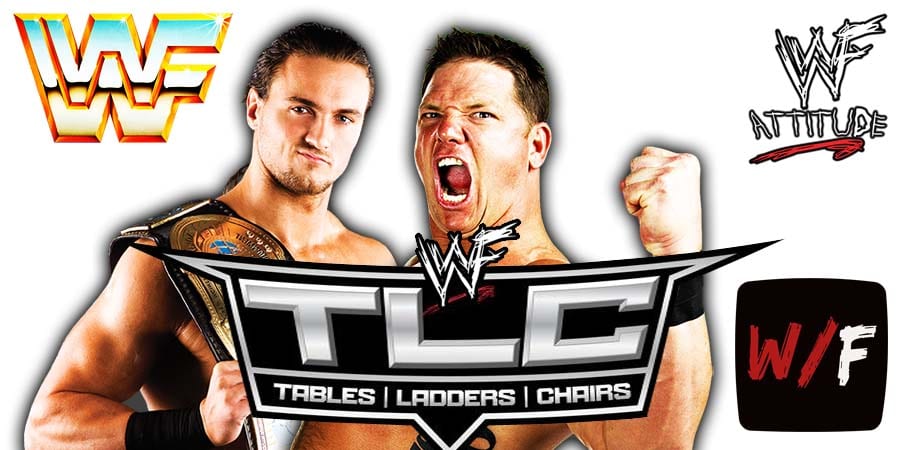 As seen on last week’s episode of RAW, AJ Styles defeated Riddle and Keith Lee in a “Sudden Death” Triple Threat Match to become the #1 Contender for the WWE Championship.

Drew McIntyre vs. AJ Styles for the WWE Championship was then made official for WWE TLC 2020 pay-per-view.

WWE has now added the “Tables, Ladders, and Chairs” stipulation to this huge title match.

After this change, both the WWE Title and Universal Title matches are going to be TLC matches.

Below is the updated match-card for WWE TLC 2020 pay-per-view: