The Undertaker will be appearing in UK next year for an “Inside The Ropes” tour. Below are the details regarding this “Rise Of The Taker” tour:

“We are very excited to bring you the FIRST EVER spoken word events with the one and only PHENOM of pro wrestling, THE UNDERTAKER in the Spring of 2019!

The Undertaker is, unquestionably, the greatest character in the history of the WWE. Since 1990, The Dead Man has been making his mark on wrestling fans across the globe.

Inside The Ropes looks forward to coming to London, Glasgow and Manchester
where there’ll be exclusive Meet & Greet opportunities followed by the traditional spoken word show hosted by Kenny McIntosh.

Don’t miss this ONCE IN A LIFETIME chance to meet one of the most mysterious stars in modern wrestling history and a pop culture icon.

Whether it’s as part of the VIP meet n greets or simply just coming along to hear Taker break his silence on his 30 plus year career, you won’t wanna miss when Inside The Ropes presents ‘RISE OF THE TAKER’” 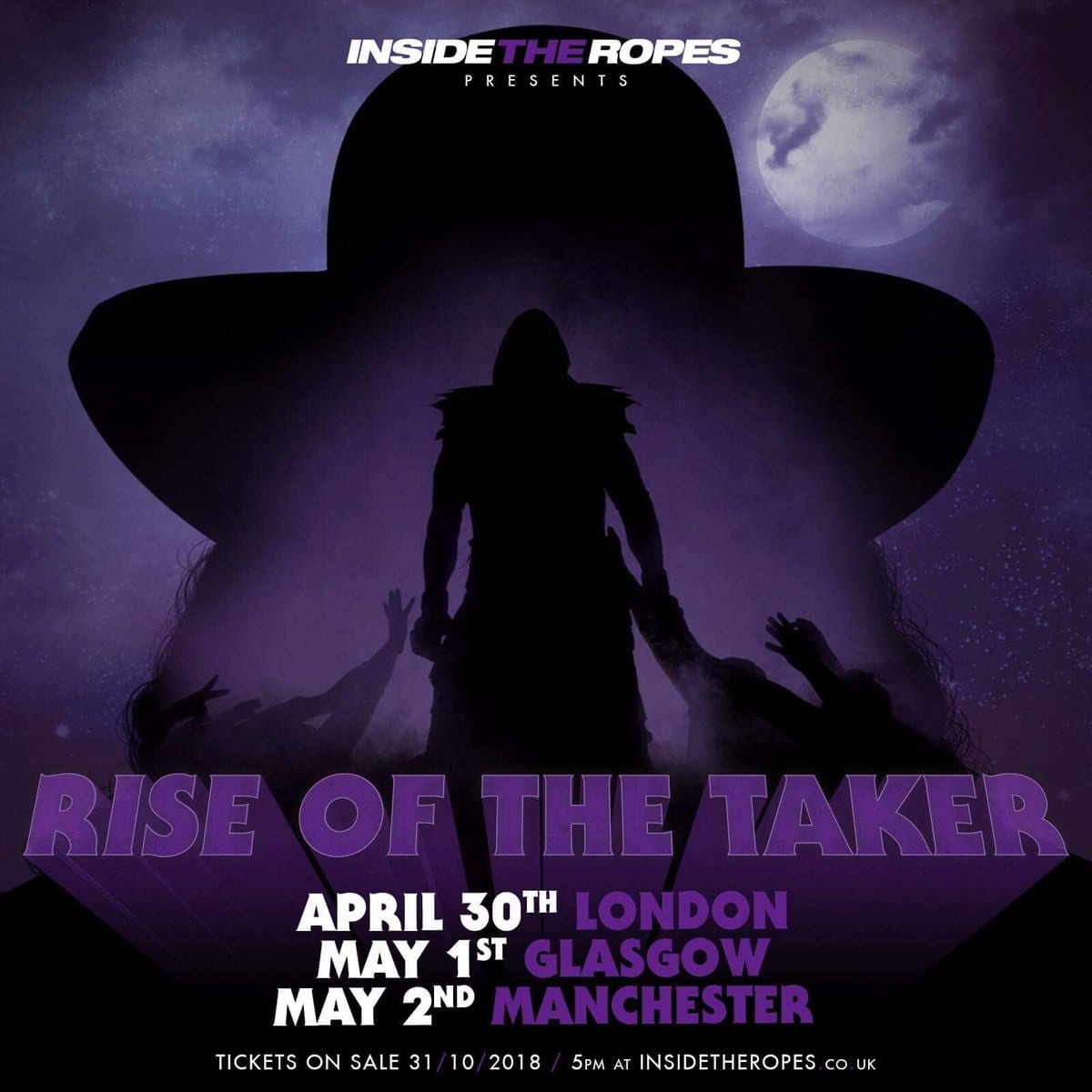 Below are the ticket prices for this tour:

GENERAL ADMISSION: £48.50 + Booking Fee. This Ticket Gains You Entry To Our 7:45pm Show RISE OF THE TAKER. There Are NO Meet & Greet Opportunities With This Ticket. SEATS ARE NOT ALLOCATED

While fans are very happy that The Undertaker is doing this show, but they aren’t happy with the ticket prices.

Below are tweets from unhappy fans:

“Ridiculous prices. Taker is my childhood hero, but at the end of the day, I won’t spend £400 to stand next to him for 30 seconds…”

“Those prices are literally obscene”

“Most I’ve ever paid was £100 for Hogan. He is the biggest star ever. Sadly was looking forward to this but insane pricing”

“Unbelievable money. About the same as a week’s holiday”

“Wow this escalated quickly, 3 1/2 times the price of Edge.”

“Jeeeeezuz. Im out. No profit or not i myself cannot afford £300 to meet undeetaker for 30 seconds. All the best mate hope it sells out for you.”