– WWE Veterans Batista & Rey Mysterio, who held the WWE Tag Team Titles together on SmackDown, reunited recently. Below is the photo that former WWE Champion Rey Mysterio shared on Instagram:

Below is what Mysterio wrote with the photo: 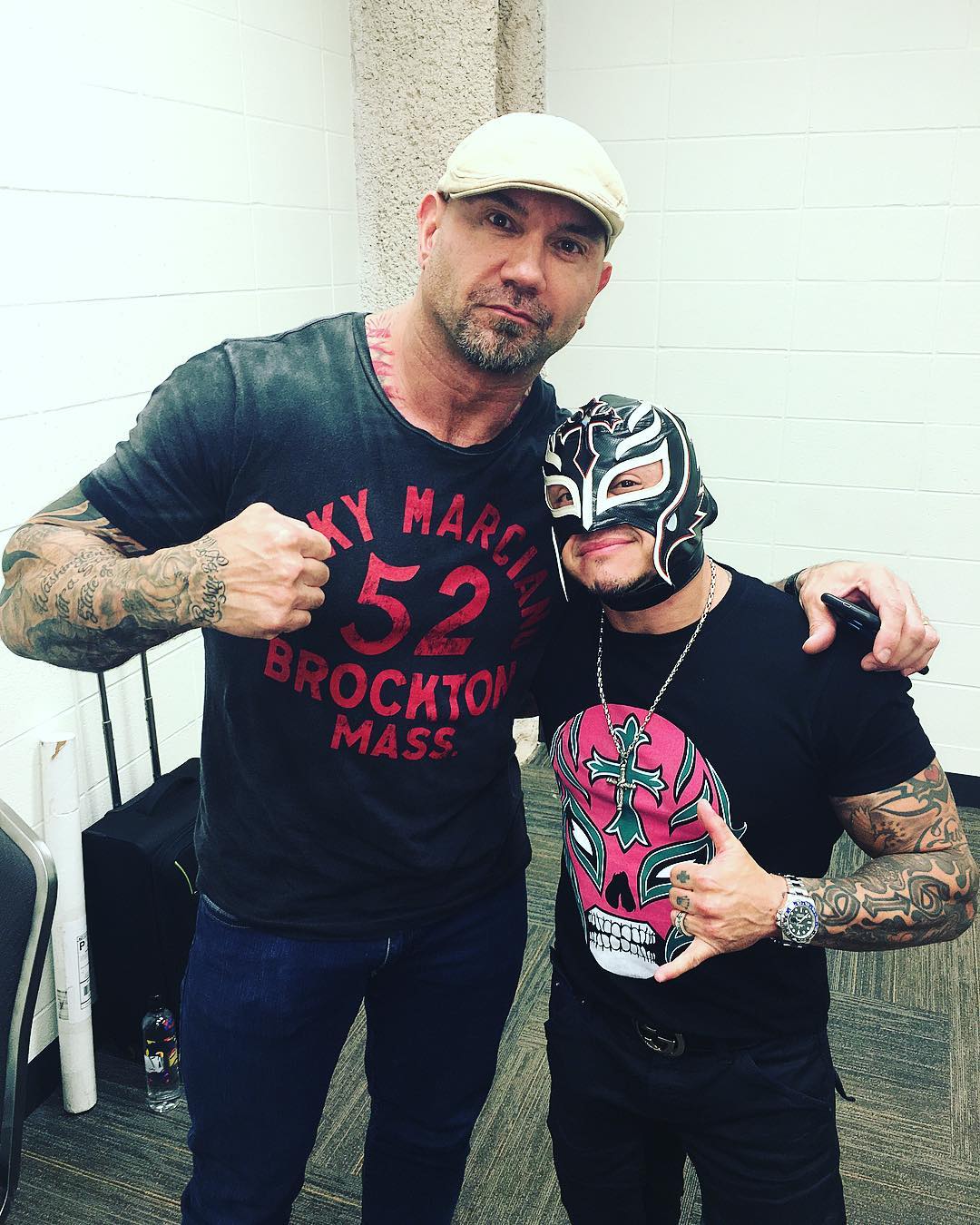 You can watch Batista & Mysterio capturing the WWE Tag Team Titles below:

– Former WWE Divas Champion Brie Bella, who recently became a mother, noted during a recent video on The Bella Twins YouTube channel that she’s working on an in-ring comeback in WWE. Brie delivered her daughter via C-section and noted that the surgery pushed her comback timetable back a little bit. You can watch the video below: