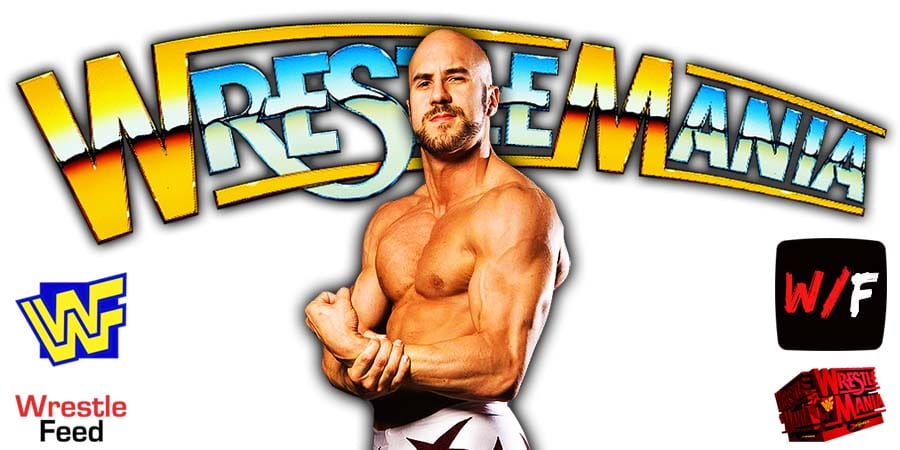 Big Show said he was originally scheduled to win the match, but the plan got changed on the day of the show and Cesaro was booked as the winner.

Cesaro won that match because WWE Officials wanted Heyman to do something until Brock Lesnar returned to WWE TV, so they went with Cesaro getting a big win at WrestleMania, so that the paired superstar with Heyman had a little momentum.

“I went through that first Andre Battle Royal, I was supposed to win that, and then the day of, they’re like, ‘Oh, we’re going to go with Cesaro.’ And I’m like, ‘Okay, Cesaro’s a great dude, incredible talent [and] speaks five languages. This is a guy that absolutely I’ll get behind, no problem,’ and I put him over the best way I could.

He slammed me over the top. I shook his hand at the end. That’s what you do in this business. You want to make guys, and then I watched Cesaro just wither on the vine because they didn’t do nothing with him. And basically, he was a piece to give a chance for Paul Heyman to be on TV until Brock [Lesnar] came back.”

This episode was broadcasted from the FedEx Forum in Memphis, Tennessee and featured matches & storyline segments on the road to the ‘WWE WrestleMania 22’ PPV.