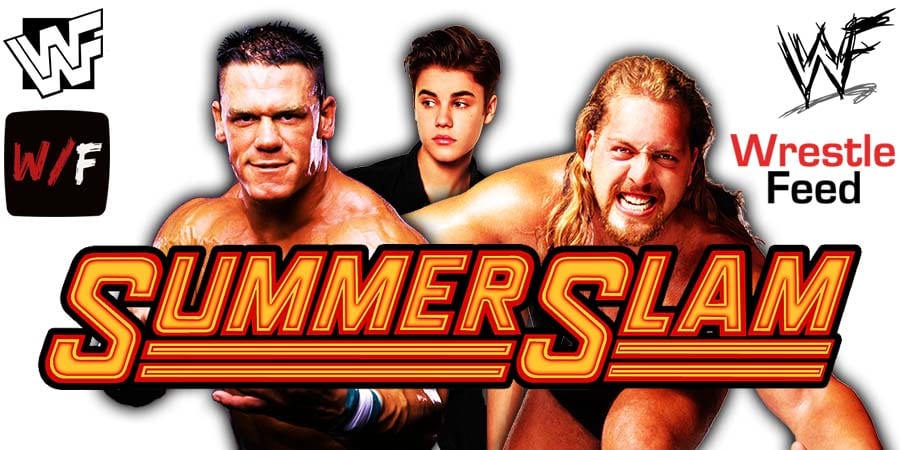 “Years ago, I had worked out, for one of the SummerSlam’s in LA, with a very good friend who was working with Scooter Braun and Justin Bieber, and it was going to be John Cena, The Big Show and Justin Bieber vs. The Wyatt’s at SummerSlam.

Bieber was on board. He was excited. He wanted to work out with John and I. This was a really, really big deal, and this is when that app first came out and all that other crap.

And then one of the people that are making decisions said, ‘I just don’t see how Justin Bieber’s going to relate to our audience.’ It’s like, does anyone not see the amount of eyes Justin Bieber would bring to that match?

I think WWE offered to help promote his album. You’re dealing with Scooter Braun. Scooter Braun’s all about cash, and they jacked Scooter around for about two weeks.

And Scooter’s like, ‘Listen, it’s not going to happen. I got the kid a million dollars to watch a soccer game, and they’re flying him down on a private jet.’”

It was broadcasted from the Onondaga War Memorial in Syracuse, New York and featured matches, interviews & storyline segments on the road to the ‘WWF WrestleMania 13’ PPV.

4. The Sultan vs. Mike Bell