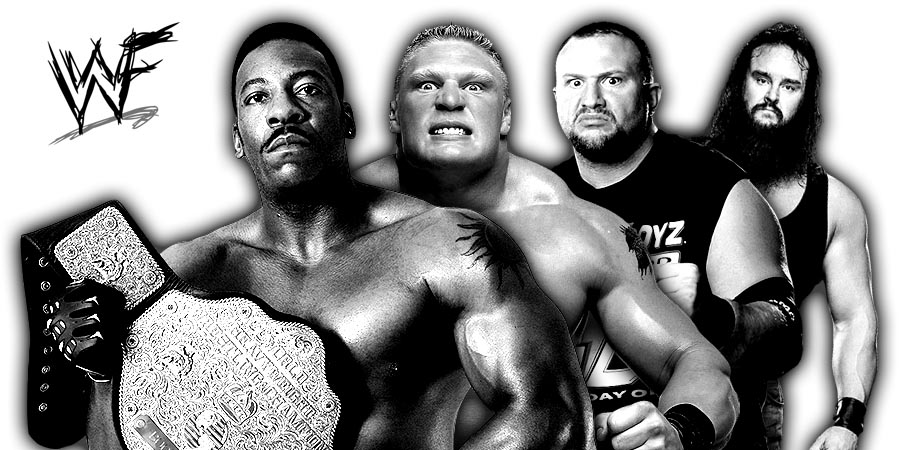 Let’s take a look at the top 20 news stories of the day from the world of WWE (SummerSlam 2017, Brock Lesnar, Raw) & Professional Wrestling:

20. AJ Styles On What Led To His Departure From TNA

During a recent appearance on the E&C’s Pod Of Awesomeness, United States Champion AJ Styles talked about working with Christian in TNA, what eventually led to his departure from that company & more. Below are the highlights:

On working with Christian in TNA:
“It was so much fun. It was probably the most fun I had. Like, it was one of those things where I was having so much fun playing Christian’s lackey. I was just having fun as that guy, like just how ridiculous can I be today and what stupid thing can I do?’ We just did whatever we thought might be funny and it was. I had so much fun there and a lot of people were upset that I was this goofy character, but I thought it was opening up a new part of AJ Styles that people haven’t seen.”

On wanting to leave TNA if Christian did:
“Well, let’s be clear here and Jay knows this as well, there was a point and this was the whole roster is sitting in the Impact Zone and Dixie Carter said, ‘if anybody doesn’t want to be here, then it’s okay if you leave.’ I literally looked over to see what Jay was going to do because had he gotten up, I would’ve went with him.”

On what finally led to his departure from TNA Wrestling:

“I take a lot of pride in what I do in the ring, but at the end of the day, if I’m not supporting my family, then why am I here? And so, it came down to a money issue and they were having problems, but that isn’t my problem. I contributed the best I can and did everything I could to help make TNA a good company that people would want to work for and they abused their money terribly. They just didn’t know how to manage their money and so they basically, after I won the championship, and we knew, we were in negotiations, and we just extended my contract till December. My contract was up in August. We extended it till December.

I mean, my contract was up, but I was done negotiating. Yeah, it was a scary thing because this was the job I had for 11 years. And I just felt like it was the right call. I wasn’t sure where it was going to lead, but it was the whole principle of the thing, that you can’t just treat somebody like that and think that they’re going to stand by your side. And despite the money that they may or may not have come up with, it was just, ‘you know what? I’ve got to move on.’ It was scary.”