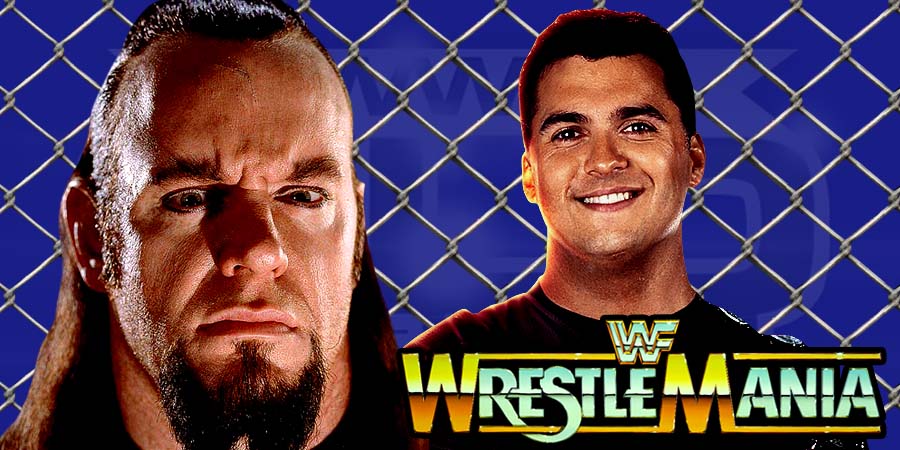 It should be noted that Snoop Dogg is the cousin of WWE Diva Sasha Banks.

Update: WWE.com Confirms Snoop Dogg’s Induction into the Celebrity Wing of the WWE Hall of Fame Class of 2016

Snoop Dogg has sold more than 37 million albums worldwide, he’s the first artist to have his debut album top the Billboard charts, and he has won American Music, MTV Video Music and Source Awards. Now, Snoop can add another accolade to his lengthy resume: WWE Hall of Famer. The music icon will be the celebrity inductee in the Class of 2016, taking his place in the Hall this Saturday, live at 8 ET/5 PT on WWE Network.

Snoop is an avid member of the WWE Universe, and has even joined WWE’s Superstars and Divas to create several memorable moments. He brought his unique flair to WrestleMania XXIV in Orlando, where he served as the Master of Ceremonies for what could only be described as a unique Lumberjill Match between Divas Maria & Ashley and Melina & Beth Phoenix. Later, when Santino Marella tried to confront his ex-girlfriend Maria after the battle, Snoop leveled The Milan Miracle with a clothesline, then shared a smooch with the beautiful Diva.

10. TNA Wrestling In Serious Talks With An Investor

According to reports, TNA Wrestling is in serious talks with an investor, who apparently wants to own 55% of the company. TNA President Dixie Carter is against the idea of the investor owning majority of the company.

9. Will The Rock vs. Roman Reigns Ever Happen in the Future?

During a recent interview with Orlando Sentinel, former 2 time WWE World Heavyweight Champion Roman Reigns was asked if he’ll ever face his cousin, The Rock, in WWE.

Below is what Roman said:

“I don’t know. That depends on what goes down in Dallas I would think. You have to tune in — check it out. He’s The Rock. He’s the biggest movie star and biggest name in Hollywood right now.

Why wouldn’t I want to punch that in the face a couple of times?”