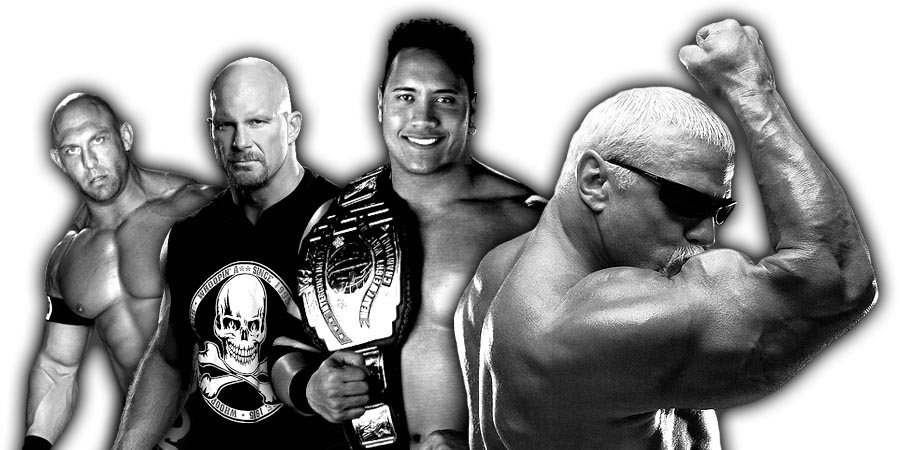 Let’s take a look at the top 20 news stories of the day from the world of WWE (SummerSlam 2017, Superstar Shake-Up, Kurt Angle) & Professional Wrestling:

20. Shawn Michaels Doesn’t Know His Role At The Performance Center

During a recent interview with Channel Guide Magazine, WWE Hall of Famer Shawn Michaels talked about his role in the Performance Center, wrestling’s future and more. Below are the highlights:

On his role at the WWE Performance Center:
“I would clearly define my role if my role was clearly defined and knew what it was, but I don’t. That has sort of been the way I have been most of my life, most of my career. I just hang around so often that people just eventually are too afraid to tell me to leave. So, I’ve been hanging around for quite some time at the Performance Center. It’s one thing to sit there and watch things back on film and do your best to help people here and there or address certain things. I think eventually you have to get out there and get a feel for everything that is going on. That was one of the reasons why I wanted to come out on the road. I wanted to get to know the talent a lot better, but also have a better understanding of what they’re doing and how the process goes. I also wanted to get a feel for the crowds. The crowds are different from town to town, city to city and state to state. So, I feel the better I know the better I can help and be an asset to not only the talent, but Matt Bloom, Sara Amato and Paul Levesque who have worked so hard to make the Performance Center and NXT a successful product.”

On the future of wrestling:

“I leave the opinions about the wrestling business where it has been, where it’s going and where it needs to go or doesn’t to the podcast guys and reporters. I enjoy the future. I’m not a good old-timer. I’m excited about the future. I’m excited about to see if there is anything I can do to help bring that along in a way that is conducive to the wrestling business and WWE and WWE fans in general. It’s going to continue. Their opinions are always going to be all over the place. They always have been. I think the only difference is I think maybe people hear about it more now than we did. That’s the wonderful thing about technology. I’m not the all-knowing or seeing on the wrestling business.

Quite honestly, I always think that what I think really doesn’t mean much. I’ve never bought a wrestling ticket in my life or haven’t bought one since I was 12 years old. So, it’s certainly not me they are looking to bring in the building. I just don’t like to into all the opinions of it. The wrestling business is a wonderful line of work. It has been great to me and my family over the last 30 years. I’m now getting to be in WWE movies and things of that nature. I’m just all about helping this next generation try to achieve their dreams like I was blessed to have the opportunity to do.”