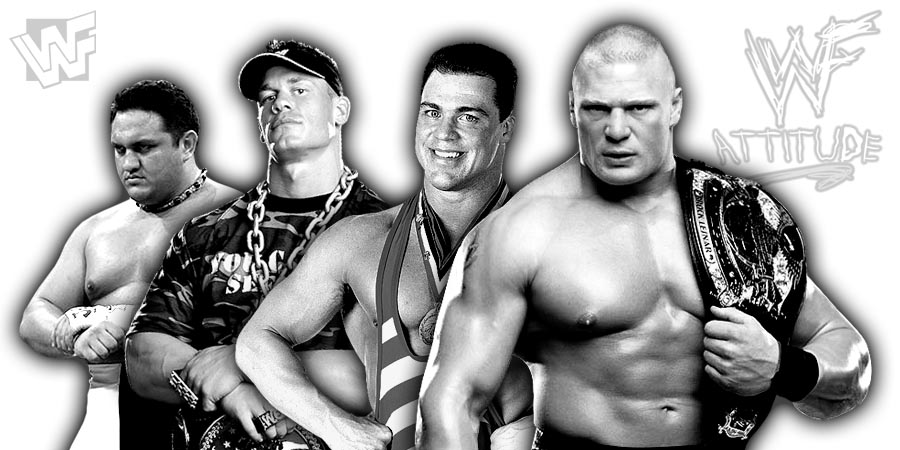 Let’s take a look at the top 20 news stories of the day from the world of WWE (SummerSlam 2017, Universal Title, Raw, Great Balls of Fire 2017) & Professional Wrestling:

20. Ricky Steamboat Talks About How New Wrestlers Are Taught Compared To How He Was Taught
During a recent interview with NBC Elmira, WWE Hall of Famer Ricky “The Dragon” Steamboat discussed Ric Flair’s influence on him, how new wrestlers are taught these days, his favorite matches & more.

On what influence Ric Flair had on his career:

“Ric and I go way back, we go back to the late 70s. We ran our matches – on and off – through the mid 90s, about seventeen years. That was a guy, who was two years ahead of me in the business, but went to bat for me in the Carolinas for Crockett Promotions – Mid Atlantic Championship Wrestling, at the time – and pointed it out that he’d like to do something with me and from that point on it made me a main event guy, and the rest is history.”

On how new wrestlers are taught nowadays compared to how he was taught:

“When I started in the business, getting in the ring, most nights I’d look across at a 15-20 year veteran. And every night, he would take me to school. Right now at our WWE training grounds, we’ve got great instructors, but most times when these guys are looking across the ring, they’re looking across the ring at someone with the same knowledge. Whether it be three months, or a year or two of knowledge. Guys like myself and Arn Anderson, we’re always trying to pass knowledge along. It’s a key factor to being able to keep the business going.”

On what are his favorite matches:

“I’ve got two matches, and I’ve had over 6,000. “Macho Man” Randy Savage at WrestleMania III and then, of course, 1989 when I beat Ric Flair for the World Championship.”