As we noted before, current plan for WrestleMania 34 is for Brock Lesnar to enter the event as the WWE Universal Champion. However, this doesn’t necessarily mean that Lesnar will hold on to the Title all the way till WrestleMania (as he might lose it later this year and regain the Title before the Show of Shows).

This has began speculation that Joe might defeat Lesnar at Great Balls of Fire 2017 PPV to become the new Universal Champion (as WWE main roster plan for Joe has always been about him being an unstoppable monster heel). 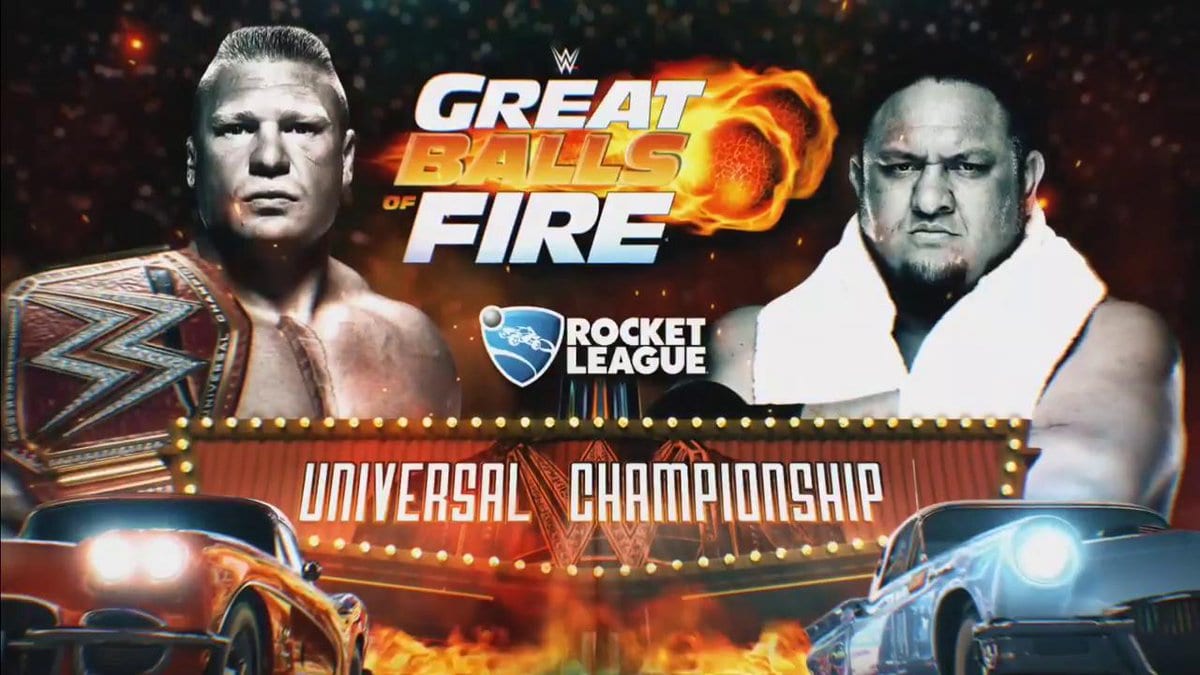 However, that isn’t the case. Lesnar isn’t expected to drop the Title to Joe and is going to defeat “The Destroyer” at Great Balls of Fire 2017 PPV. However, it should be noted that Joe will still be booked strong in this match and is expected to give Brock a run for his money.

Despite being scheduled to lose the match as of now, Joe’s stock on Raw is expected to rise after this match as Joe will get booked as “the guy who almost beat Lesnar” (which is a big thing as well).

The Lesnar-Joe feud is only expected to last one PPV and Lesnar will move on to a new feud for SummerSlam 2017. Below is what WWE posted regarding Lesnar returning on this week’s Raw to confront Joe:

Will Brock Lesnar bring the pain to Samoa Joe?

You should never intentionally provoke Universal Champion Brock Lesnar, and you definitely shouldn’t put your hands on his advocate, Paul Heyman. And yet, Samoa Joe accomplished both of those feats last Monday night on Raw when, in a difficult-to-watch show of force, he viciously locked Heyman in the Coquina Clutch.

The Samoan Submission Machine’s message was received by the Universal Champion, who will respond to his No. 1 contender’s sadistic attack this Monday on Raw.

The juggernauts’ Universal Title clash at the debut WWE Great Balls of Fire pay-per-view event is still weeks away, but someone’s going to get burned Monday night. Will it be Joe or Lesnar?