WWE has announced that The Hardy Boyz will get their Raw Tag Team Title rematch against Cesaro & Sheamus on this week’s episode of Raw. Below is what WWE posted: 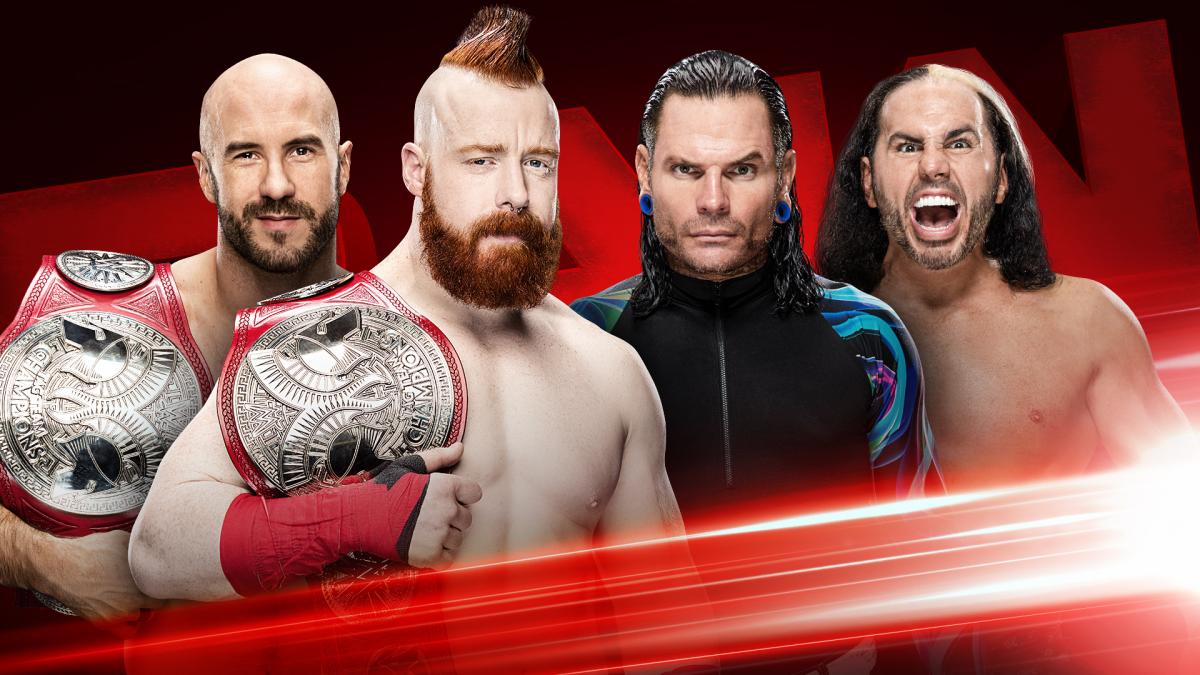 Last Monday, The Celtic Warrior boasted that Matt & Jeff were “sitting at home, licking their wounds — Jeff gluing in his false tooth — just dreaming about their rematch.” This Monday night, the dream becomes a reality much sooner than the champions likely anticipated.

Can The Hardy Boyz reclaim the titles they won during their triumphant return at WrestleMania, or will Cesaro & Sheamus continue to raise the figurative bar in Team Red’s tandem division?