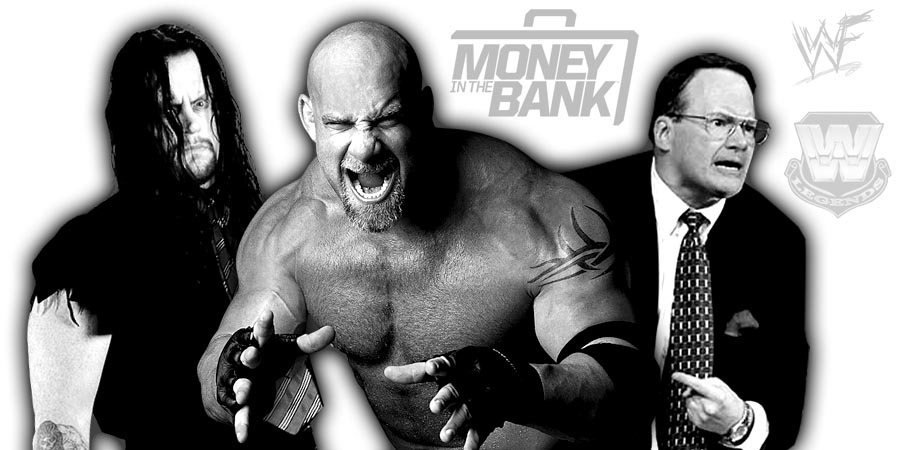 Let’s take a look at the top 20 news stories of the day from the world of WWE (Goldberg, The Undertaker, Money In The Bank 2017) & Professional Wrestling:

20. Matt Hardy’s Second Child “Debuts” In The World
Former Raw Tag Team Champion Matt Hardy and his wife Reby Sky welcomed their second child into this world on May 8th and below is what WWE posted regarding this:

The Hardy Boyz might have lost the Raw Tag Team Titles at WWE Extreme Rules last Sunday night, but the brothers nevertheless have much reason to celebrate today, as Matt and his wife Reby welcome their second child into the world.

“Wolfie” Wolfgang Xander Hardy was born last night at 11:37 p.m., and his proud dad was quick to announce the news on Twitter.

King Maxel was excited to meet his healthy younger brother. Thanks all!

Welcome to the family…

As we saw at Extreme Rules 2017, The Hardy Boyz lost the Raw Tag Team Titles to Cesaro & Sheamus in a Steel Cage match. Following their loss, The Hardy Boyz didn’t appear on this week’s episode of Raw.

PWInsider is reporting that The Hardy Boyz are scheduled to work a reduced schedule for a few weeks due to the birth of Matt & Reby’s second child. The Hardy Boyz are expected to get their Raw Tag Team Title rematch at Great Balls of Fire 2017 PPV.