As seen at Backlash 2017, The Welcoming Committee defeated the team of Charlotte Flair, Becky Lynch & SmackDown Women’s Champion Naomi. Things are not over between these two teams and a tag team match will take place tonight on SmackDown Live.

The “Welcoming Committee” walked out of WWE Backlash victorious after Natalya forced Becky Lynch to tap out to her Sharpshooter, but The Irish Lass Kicker and one of her partners from Sunday will be out for retribution on SmackDown LIVE, as she and Charlotte Flair will take on Natalya & Carmella in tag team action. 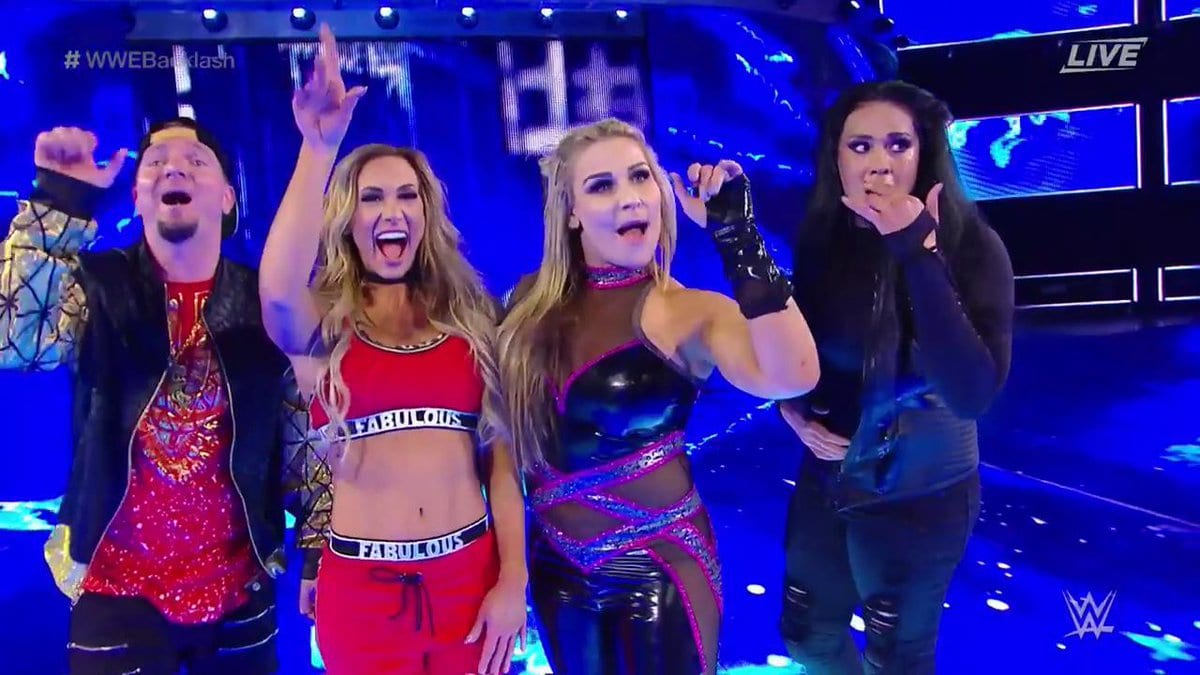 With things being so combustible in the SmackDown LIVE women’s division, will their respective colleagues, SmackDown Women’s Champion Naomi and Tamina, stay out of the fray?