10. Goldberg Puts Over Brock Lesnar In A Recent Interview

During a recent interview with WrestlingInc, former WWE Universal Champion Goldberg talked about returning to WWE after 12 long years and sharing the ring again with Brock Lesnar.

Goldberg put over Lesnar in the interview and said it was an honor and a privilege to be in the same ring as “The Beast Incarnate”:

“Brock is one of my best friends on the planet. He always has been and always will be. Whether we’re inside the ring with him. He has done a lot of things in his life and is the utmost professional. That guy can work his ass off. Whether we shell 2 moves or 200 moves, whether it’s the psychology or the simple art of selling, Brock Lesnar is one of the best that has ever been out there. I hope people can appreciate the growth he has made as a person and character throughout the years because he’s a pro. 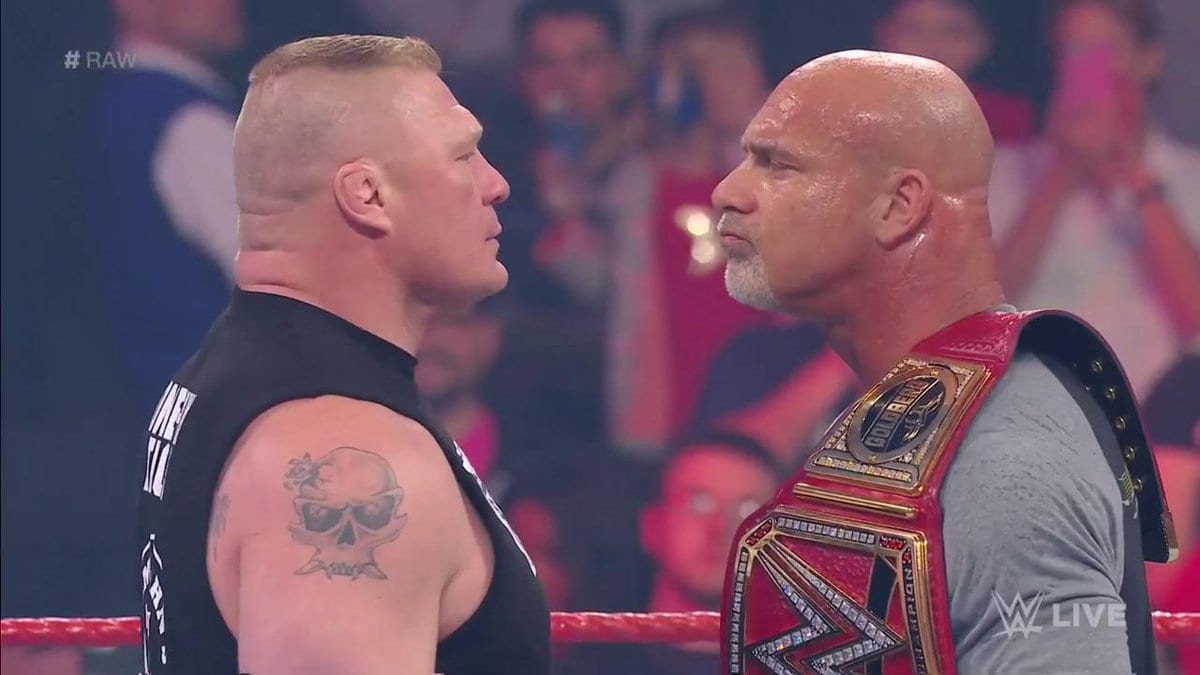 He knows what to do, to be able to share the ring with him again 13 years far removed from the last time, and like you said, I may be beating a dead horse here, it was an honor and a privilege.”