3. AJ Styles Talks About The Undertaker’s Retirement & His Relationship With Him

During a recent interview with Inside The Ropes, former WWE Champion and current #1 Contender to the United States Championship, “The Phenomenal” AJ Styles talked about The Undertaker’s retirement at WrestleMania 33. Below are the highlights:

On his match against Shane McMahon at WrestleMania 33:

“I’m absolutely proud of that match. I also think that most people go ‘Ughhh! Shane McMahon and AJ Styles?!’ Their expectations were very low, which made it easier for Shane and I. Because we could only go up. Shane puts 110% into everything he does, especially what happens in the ring. I was very happy with that, I felt like we did very well. I don’t know if it was the match of the night, but we gave them something they totally didn’t expect.” 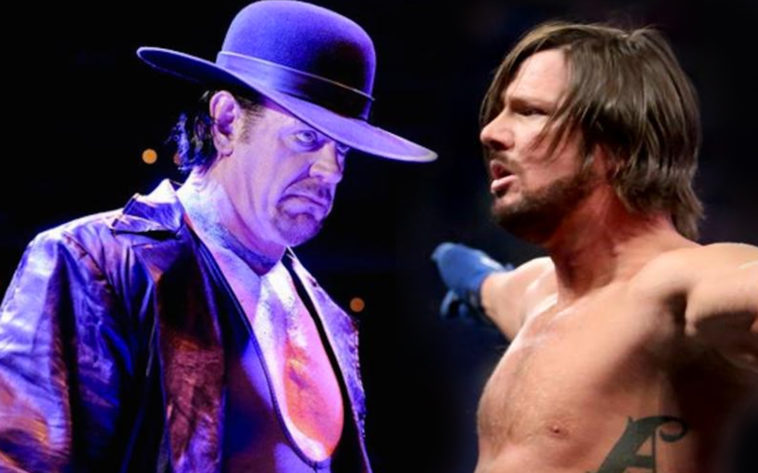 On how he felt seeing The Undertaker retire at WrestleMania 33:

“I can tell you I was emotional because he’s my friend. He and I have got a relationship between both of us have the same friend that we’re very close to, so he and I developed this relationship without even knowing each other that well. But it was heartbreaking a little bit because this is the guy that’s been here for so long and has shaped the WWE into what it is now. And, is he gone? I don’t know, but you would assume. I think there were some tears from the fans that were probably – they may have seen the last of The Undertaker.

At the end of the day, if he’s done, I respect the heck out of him for doing it his way and doing what he wanted to do in his last match. He is everything to the WWE and I’m thankful I had the opportunity meet him and have a great conversation with him. he’s a great guy, and if he’s gone and that was the last one, he will be missed.”