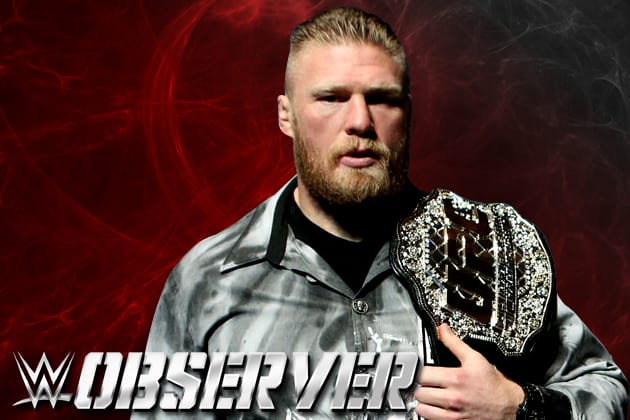 The Fight Network reports that UFC President Dana White has confirmed to them that the current WWE World Heavyweight Champion Brock Lesnar has no fights left on his MMA contract with UFC. This means that if Brock Lesnar wants, he can contact Bellator MMA. Earlier, it was said that Bellator could not legally negotiate with Lesnar as he might have some dates left on his UFC contract. Technically, none of the MMA companies can talk to Lesnar regarding a contract until WrestleMania 31, which is when Lesnar’s deal with WWE ends.

The last time Brock Lesnar was seen in UFC was at UFC 141, where he lost to Alistair Overeem via a technical knockout. However, the result of that fight is said to be very controversial as Overeem was later tested positive for a very high level of testosterone prior to his next scheduled fight. After that loss, Lesnar announced his UFC retirement due to his health problems.

It’s worth noting that Vince McMahon is telling WWE officials that he’ll somehow manage to convince Lesnar to stay with them after WrestleMania.

Should Lesnar stay in WWE after WrestleMania? Vote below!