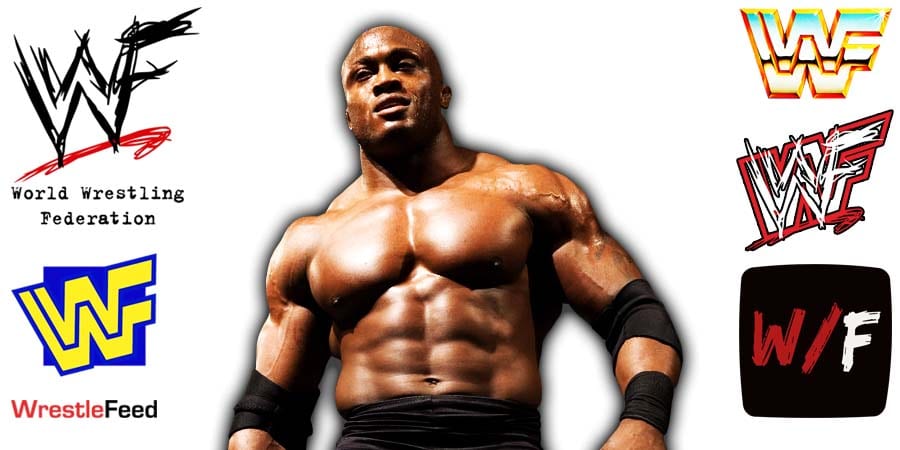 During a recent interview with Metro, WWE Champion Bobby Lashley about The Hurt Business and if he’ll ever bring back that stable.

If he wants The Hurt Business to be back:

“I’m comfortable with staying in my lane. In the wrestling business, I think too many people start worrying about so many other things and then they don’t focus on their career. Ultimately, we have to make sure our career is great before trying to do anybody else’s stuff.”

If he’ll bring back The Hurt Business in the future:

“There’s lots of guys on the roster that I look and I’m like, man, he looks good – he’s tough, he’s that and he’s that. Once we have that opportunity, we might open up the Hurt Business and bring some people in and help fuel their career.

But it’s one of those things where I have to focus on me for a little while, and I gotta make sure I’m defending the World Title.”

On Cedric Alexander and Shelton Benjamin reaching their potential in The Hurt Business:

“They’re just a great talent, both of those guys are just amazing. That was the thing that the Hurt Business was, it was what MVP was doing with everybody. MVP was helping people reach their potential.

Before, those guys were guys that everybody knew they had that it factor, they had what it took to become great – they just didn’t have the opportunity to show their greatness.

Those guys have the opportunity to do it again, and we don’t know what is going to happen in the future. There’s always room for great talent like that.”

On his biggest goal:

“That WWE Championship is a big, big deal and I have a lot of time and a lot of pressure that I have to put into it in order to stay where I’m at.

That’s my main focus right now – to keep that WWE Championship until I retire.”