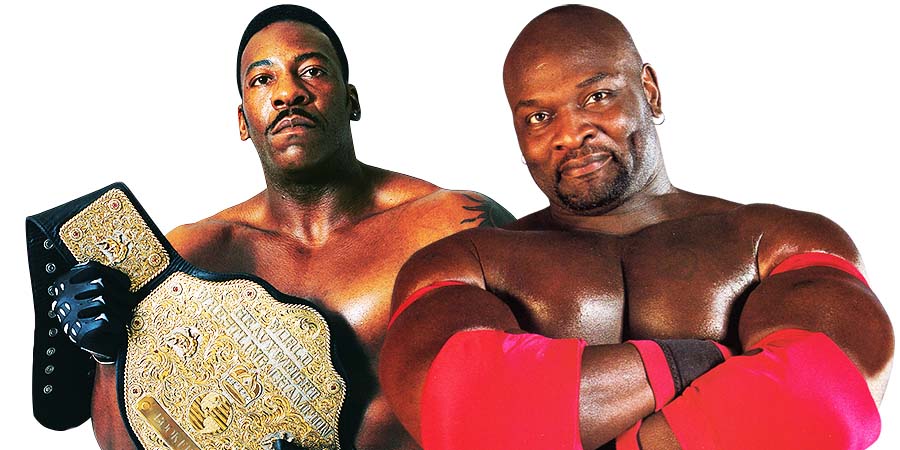 It was broadcasted from the Convocation Center in Cleveland, Ohio and featured matches, interviews & storyline segments on the road to the ‘WCW Halloween Havoc 1996’ PPV.

– Harlem Heat Vs. Public Enemy for the Tag Team Titles

– The Giant Vs. Jim Powers

During a recent edition of ‘Heated Conversations’ podcast, WWE Hall of Famer Booker T called out former WWF Superstar Ahmed Johnson and opened up about their beef.

I’ve made it formal on my show that if Ahmed Johnson wants to take me on in a pie eating contest or a gingerly walk around the block. You know what? Or we could do this. We could call Ahmed Johnson out in a one-on-one in Reality Of Wrestling and settle this once and for all.

So I get Ahmed Johnson and I’m tying him up like a pretzel. I’m running circles around him beating the man from pillar to post. We’re just having fun and Ahmed Johnson wanted to work on his moves like powerslams and powerbombs. And I go, ‘Hey Tony we’re practicing. We don’t want to get into powerbombs because people could get hurt. You do powerbombs when you’re ready to go’.

He said, ‘I want to practice it now!’ I said, ‘If you got a problem with it we can settle it after practice when we get outside’. And I say, ‘I’ll be waiting on you outside’.

I was 26 years old and frustrated. After practice, he walks out kind of frustrated like, ‘I don’t wanna wait’. But I think that’s the beef that Ahmed has with me all these years because he calls me a sell-out.

I hate a man that calls me a sell-out.”

You can watch Booker T giving the ‘Book End’ to Ahmed Johnson (a.k.a Big T) in WCW below: