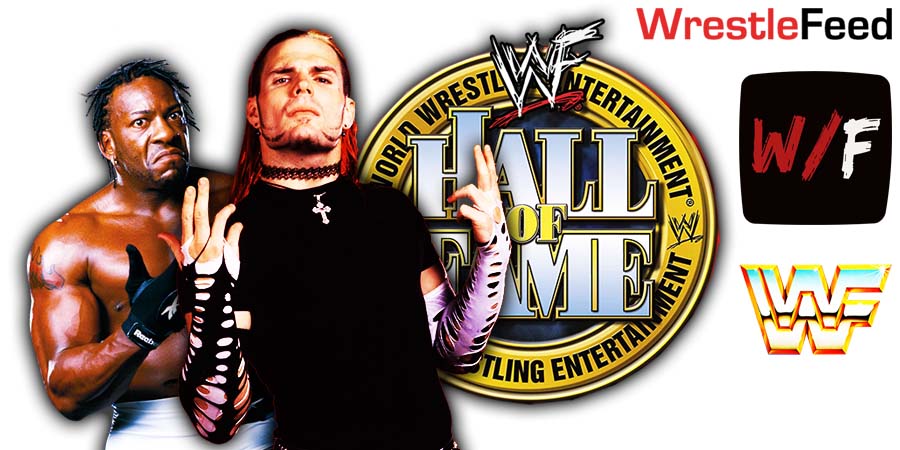 During his Twitch stream, Matt Hardy revealed that Jeff passed this drug test and also confirmed the report of WWE wanting to bring Jeff back with a Hall Of Fame induction in April 2022, which Jeff turned down.

The Hardy Boyz are now expected to reunite in All Elite Wrestling.

2-Time WWE Hall Of Famer Booker T said the following about this situation on his podcast:

“You know what, I get it, I totally understand. Those guys worked in that company together for years, and they started there together. They’re originals as far as WWF goes, those guys are originals.

I think The Hardys, I really think they want to finish it the way they started it, together. There’s nothing wrong with that.

That didn’t get a chance to come to fruition. But these guys still have time to make something like that happen.

There’s more than enough time for WWE to come around and say, ‘man, we need both of these guys in the Hall Of Fame at the same time. Because they are our original Hardy Boyz tag team and they’ve done so much for this company’. So yeah, man, I can see that.”

Akio Sato was Tanaka’s tag team partner in Mr. Fuji’s team ‘The Orient Express’ in 1990, before he was replaced with Kato (Paul Diamond under a mask).

He then returned to the World Wrestling Federation in 1995 as Hakushi’s manager Shinja, before leaving the promotion for good.