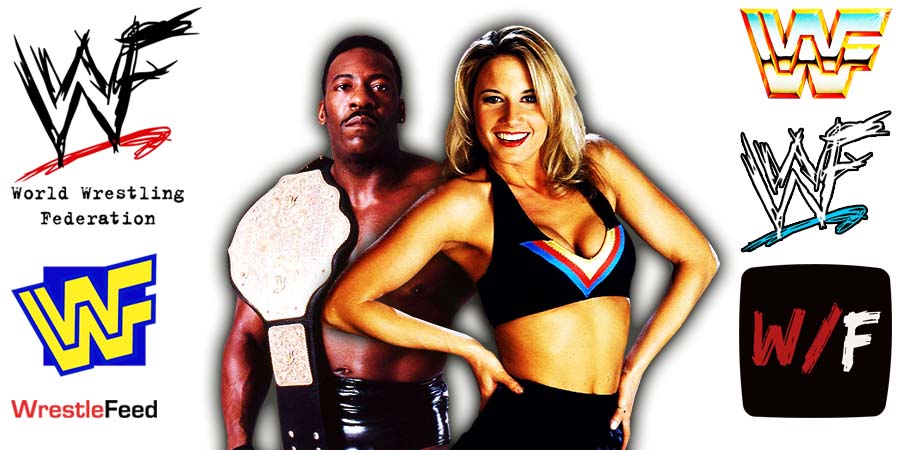 DeMott lost a child during a road accident involving DUI.

During a recent episode of his podcast, WCW Legend Booker T gave his thoughts on Sunny’s situation and if she should be removed from the Hall Of Fame.

If you do not know how to manage that and literally know how to stay focused, I am talking about keeping blinders on, you’re going to fall into those traps.

But trust me, everybody that I have seen in this business, every one of them that burned the candle at both ends, they end up in a bad place. That’s what Tammy is going through now.

Being in jail for a substantial amount of time, I don’t wish that on nobody, I just don’t. If you murdered somebody and you deserve it, and you go there, okay, so be it. Do I wish that on you? No. That’s what I am talking about.

I don’t say we shy away from the punishment or anything like that for her. Whatever she’s gonna get, she’s gonna get. I just feel sorry for the legacy, what she did for the business…she did a lot. Then that fall from grace, it’s gotta be hard.

I can’t even state how hard it’s got to be for Bill DeMott, okay? I am sure that’s something he wakes up with every day for the rest of his life. That’s something he’s going to have to wake up with.

I can’t even go there, and him having his feelings and views on what should happen, I get it, I understand it. I’m not going to sit here, as I say, and downplay his feelings or anything like that.

As far as Tammy being removed from the Hall Of Fame, that’s going to be one for debate.

Me personally, I don’t even know what would be the meaning of it, honestly. What’s going on in her life right now, people can say what they want to say about it but I do know alcoholism is something very, very difficult to kick.”

Also Read: “A deadly driver and dangerous threat to the public has been removed” – Florida State Attorney On Sunny