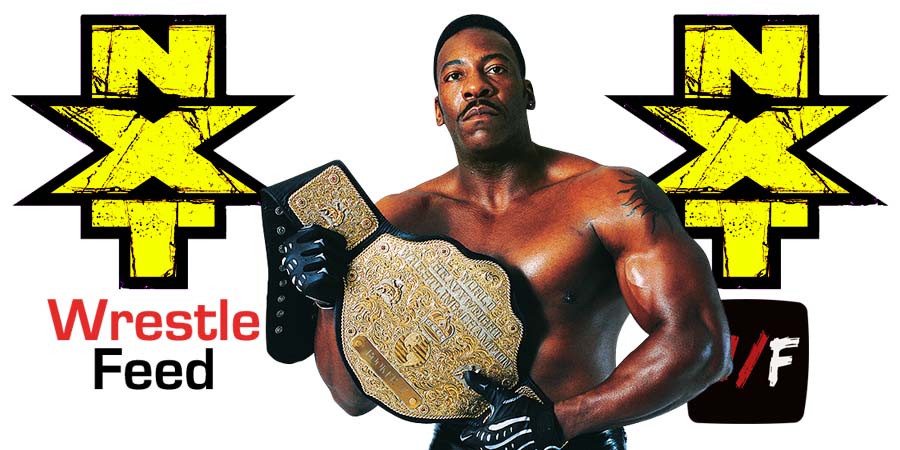 • Booker T Names 2 NXT Wrestlers That Are “Next Level”

2-Time WWE Hall Of Famer Booker T is now a commentator on NXT and he was really impressed after watching Axiom vs. Nathan Frazier recently.

The former 6-time World Champion thinks both Axiom & Nathan are “next level” wrestlers.

“Axiom and Nathan Frazier, man that’s the first time ever really getting a chance to see those guys up close and personal.

I think about the masked wrestler. This is where I come in, and this is where I get a chance to really talk about what I understand and know about more so than anything. And that’s wrestling how much I loved it, and how much it made me feel.

The masked wrestler Mil Mascaras when I was a kid, the way he made me feel when he came out, when he performed. He was different more so than anybody.

Then Rey Mysterio came along, you got the Rey Fenixes of the world. These guys are extra ordinary talent, and they put that country on the map. As well as, they put the Luchador on the map.

And then you see a kid like Axiom, this kid, he’s next level. He really is. To see him display his talent and perhaps, possibly could be the next great masked superstar, and I’m getting a chance to see him first? That’s awesome.

As well as the kid named Nathan Frazier. Step for step, toe to toe, these guys were blow for blow inside the middle of that squared circle, something like I had never seen before.

I was like so in awe sitting at that seat, watching the young talent of tomorrow and totally just show up and show out. That’s why I’m having the time of my life here in NXT.”

This episode was broadcasted from the Casey Plaza in Wilkes-Barre, Pennsylvania and featured matches, interviews & storyline segments on the road to the ‘WWE Survivor Series 2003’ PPV.