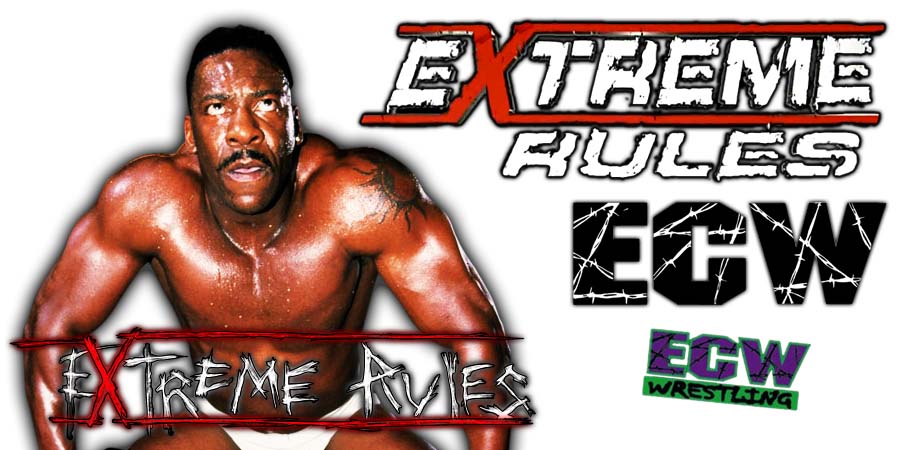 At this Saturday’s Extreme Rules 2022 premium live event, WWE Hall Of Famer Edge will face Finn Balor of The Judgment Day in an “I Quit” match.

This could be the main event of the night, as reported by some sources.

On this week’s RAW, Edge talked about how he’s passionate about wrestling, even though it takes a lot out of him at his age and what he has gone through in his career.

“When I hear Edge talk about the bones creaking and whatnot, they always say when you hear a professional say, ‘I’m thinking about retirement,’ he’s already retired. So, Edge is definitely stepping into a danger zone right here.”

Later during an interview with Bill Apter, Booker T said Edge needs to go away after Extreme Rules:

“I think it’s time for Edge to go away, and I think Finn Balor is going to make that happen.”

Edge previously noted that he plans on ending his in-ring career in August 2023, in his hometown of Toronto.

It was broadcasted from the Baltimore Arena in Baltimore, Maryland and featured pre-taped matches & storyline segments on the road to the ‘WWF No Mercy 2000’ PPV.

– Right To Censor vs. Eddie Guerrero & The APA