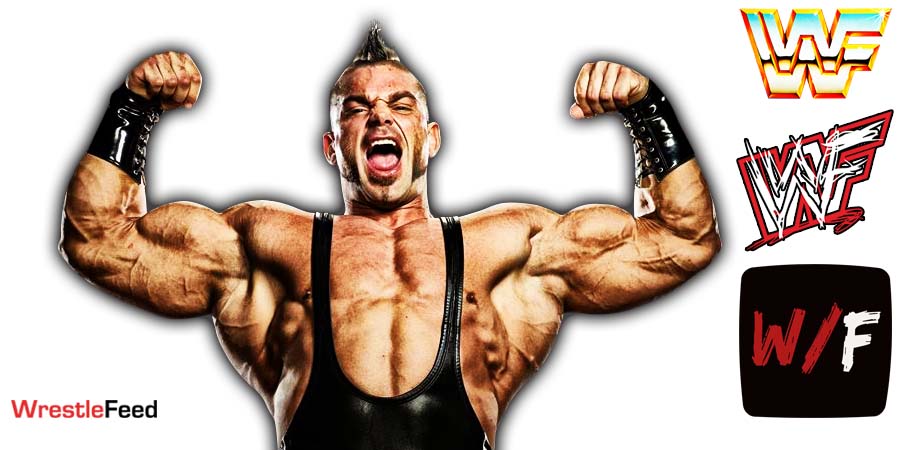 A lot of the fans were impressed by the size of Austin Theory’s arms on this week’s RAW during a backstage segment. 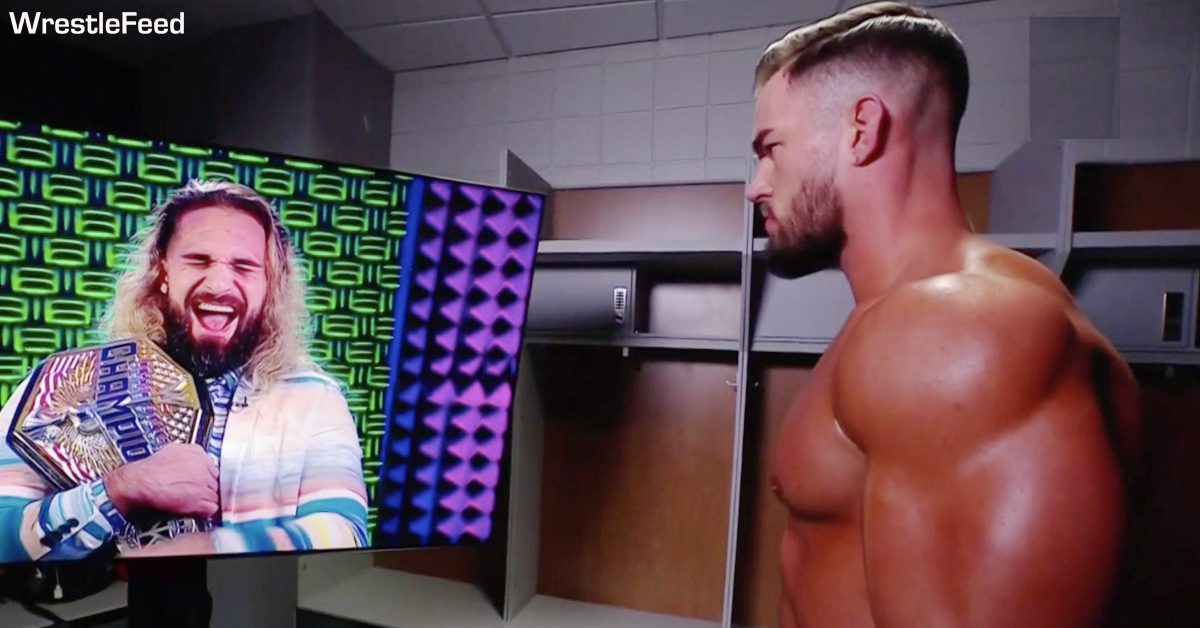 Since a lot of wrestlers in AEW are small, a Twitter account posted the following about Theory:

“Dude’s arms are the size of the AEW roster.”

AEW wrestler Brian Cage saw this tweet and wrote the following while sharing a photo of him in a match against Theory: 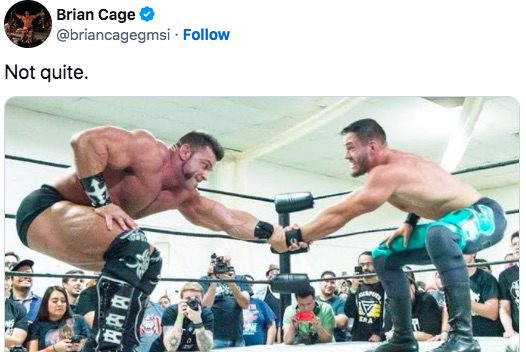 “Brian, this photo is at least 3 years old… a lot can change in that time.”

“I was just with him in August. Always in great shape, but angles do wonders.”

– Non-Title: Dick Murdoch & Adrian Adonis vs. Jack & Jerry Brisco (The Briscos were in the WWF for a very short period as a tag team and wrestled a FANTASTIC MATCH against the tag champions)