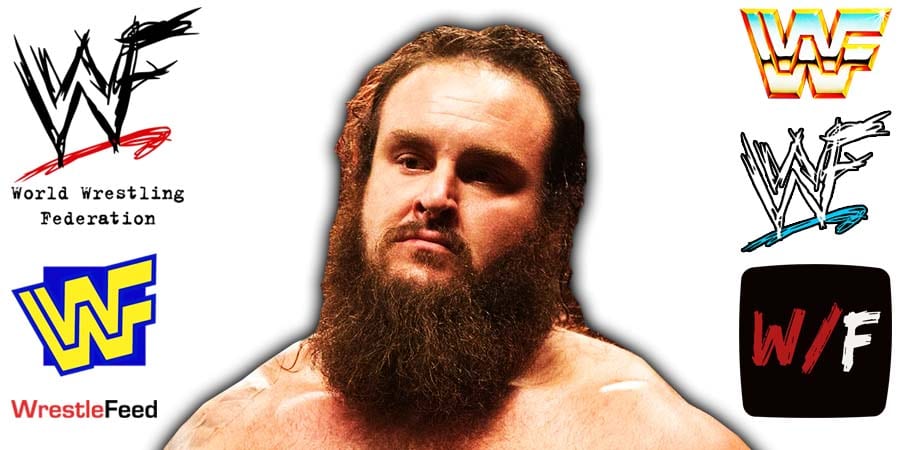 • Braun Strowman Comments On His WWE Release, Backstage News On His Salary

Out of the 6 wrestlers that WWE released today, the most shocking one was “The Monster Among Men” Braun Strowman.

Strowman wrote the following on his WWE release:

“What a chapter in life!!! #ThankYou”

According to Fightful Select, Strowman signed his last WWE contract in 2019 and it was said to be a “monster contract”, where he was getting paid over $1 million per year.

While fans were surprised the most by Strowman’s release, some WWE talent didn’t think it was the most surprising departure due to his contract.

Below are Strowman’s accomplishments in WWE:

Strowman was last seen at the WrestleMania Backlash PPV last month, where he was pinned by Bobby Lashley in the Triple Threat WWE Championship match.

Also Read: Aleister Black Comments On His Release From WWE