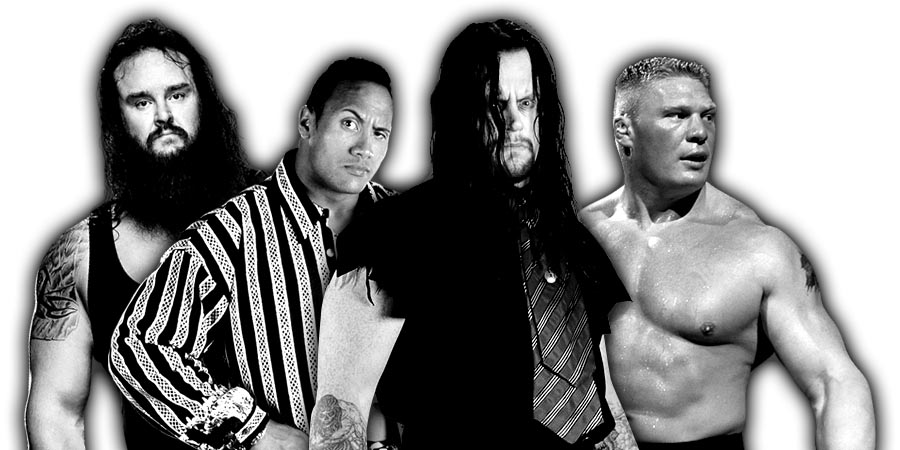 Let’s take a look at the top 20 news stories of the day from the world of WWE (Brock Lesnar, UFC, Braun Strowman) & Professional Wrestling:

20. AJ Styles Explains Why Shawn Michaels Is A Man Of His Word, On John Cena Burying Wrestlers

During a recent appearance on Sam Roberts’ Wrestling Podcast, current United States Champion “The Phenomenal” AJ Styles talked about the rumors of his match with Shawn Michaels, learning from John Cena & more. Below are the highlights:

On Shawn Michaels being a man of his word:
“I’m just glad someone asked him because I actually pitched it, ‘can we… has anyone asked Shawn? No? Can we? Can someone just ask him? All he can say is ‘no’.’ And truthfully, I respect him so much as a man because when he said he retired he actually did it. He didn’t come back. And even I said, ‘well, money talks, doesn’t it?’ Not to Shawn Michaels. He’s a man of his word and at the end of the day all you have is your word. It really doesn’t do anything for anybody, so he was absolutely 100% correct and made the right decision.”

On learning from John Cena:
“I learned a lot from him. It’s just the little things that he does. People aren’t going to like this, but I’m telling you, I’d say 90% of the things I’ve learned that I felt helped me tremendously is John Cena. The guy… there’s a reason he was able to stay on for more than 10 years and done what he has done in his career.”

“I don’t think that’s true. It’s up to you, if you leave after your storyline with John Cena to carry on what you’ve been called. Exactly, exactly. That’s all it is and if you continue to do that, you’ll find a way to get to whatever spot it is.”

On Vince McMahon buying into him:

“Well, I think it was the MizTV where I beat him up. I think that’s when he goes, ‘whoa, okay…’ It’s one of those things where you’ve just got to… I don’t know… I think Vince kind of likes a tough guy to some degree. And I’m not saying I’m Brock Lesnar, but I fought all my life.”