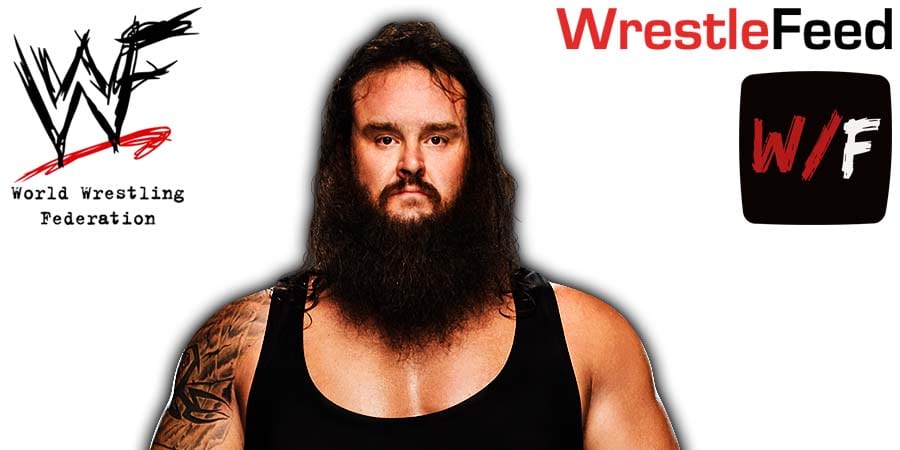 • On This Day In WWF History (September 1, 1984) – WWF Championship Wrestling

• Braun Strowman On Why He Went Bald, If Vince McMahon Allowed It

While speaking on the latest episode of WWE Chronicle, former Universal Champion Braun Strowman discussed his conversation with Vince McMahon when he wanted to shave his head bald, after The Horror Show At Extreme Rules.

“I called Vince and I said, ‘Vince, it’s time to get rid of this crappy hair.’ He’s like, ‘Well, why?’ Well for one, it looks bad and two, I’m about to get a little nasty.

[Vince] said, ‘Give me a day, I gotta run it through everything to make sure… legalities, licensing and everything. Give me 24 hours, just shoot me a text and I’ll let you know.’ Texted him back the next day, hour or so later he responded with a thumbs up. So it went away.”

Strowman also discussed the reason why he went bald:

“I think it’s a refresher that Braun needed. We’re getting back to the old Braun, the Braun that made Braun The Monster Among Men.”